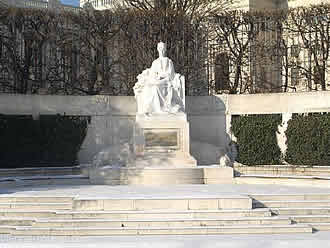 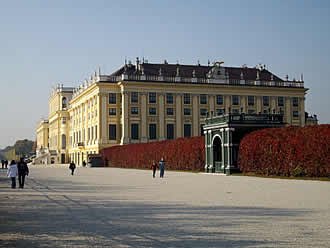 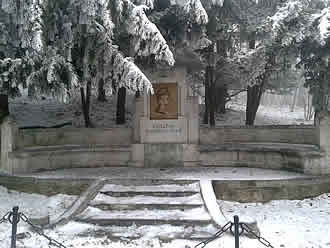 Sissi Vienna. Sissi was everywhere. No, that is arguably an exaggeration. However, the empress travelled a great deal and has also left her distinctive mark throughout Vienna as well.
Follow Empress Elisabeth on her Viennese trail from the Hermes Villa in the Lainz Zoo via Schönbrunn Palace through to the Hofburg and the Vienna Woods. You will be amazed at just how many places in Vienna are connected with Sisi!

Before we set off, here is a short biography of Sisi (Sissi, Sissy):

Elisabeth Amalie Eugenie, Duchess in Bavaria (also called Lisi, Sisi and Sissi); Born on 24 December 1837 in Munich, died on 10 September 1898 in Geneva was a princess of the house Wittelsbach and after her marriage to Franz Joseph I. 1854 Empress of Austria and since the settlement of 1867 also Apostolic Queen of Hungary.

Empress Sissi spent her childhood in Munich and summer in Possenhofen on Lake Starnberg in Bavaria. Her hobbies were riding, drawing and writing verses throughout her life.

After the engagement with Emperor Franz Josef I in Bad Ischl in 1854 the wedding took place in the Viennese Augustinerkirche. Her dominant mother-in-law Sophie deprived Empress Sisi of the education of her two daughters, one of whom died. The son Crown Prince Rudolf was subjected to a strict military drill. He took his life in Mayerling together with his beloved Mary Vetsera in 1889. Empress Elisabeth was now black. She was able to devote herself intensively to her fourth child, Marie Valerie, and the daughter accompanied her on her travels.

1860 began the health problems of the Empress Sisi with the lungs. The stays abroad in Madeira and Corfu used Elisabeth to free herself from the constraints of court life. She gained more self-confidence during a nearly two-year absence – the journeys took her to Kleinasien, North Africa, Corfu and the UK – and henceforth avoided courtly etiquette. She promoted her husband’s friendship with actress Katharina Schratt. Politically, she succeeded in settling with Hungary in 1867. They were crowned as King and Queen of Hungary in Budapest and received the Gödölö Castle, south of Lake Neusiedl.

On September 10, 1889, Empress Sisi, Elisabeth, was murdered in Geneva by an Italian anarchist and seized in the Vienna Capuchin Crypt on September 17th.

Elisabeth was very sporty during her life, she was very active at the Reitsport. She participated in many fox hunts in England, undertook violent marches and regularly practiced gymnastics to regulate her body weight. She held strict diet and is considered from today’s point of view as an anorexic.

She is considered to be one of the most beautiful women of her era and invested a great deal of time in the beauty care, especially her dense, long hair. The literary model for them was Heinrich Heine and Homer’s Ilias, especially the figure of Achilles.

The Sisi Tour in Vienna:

Numerous places in Vienna testify to the enormous eminence of the Empress. There are hospitals named after her, there are many places that are associated with her.