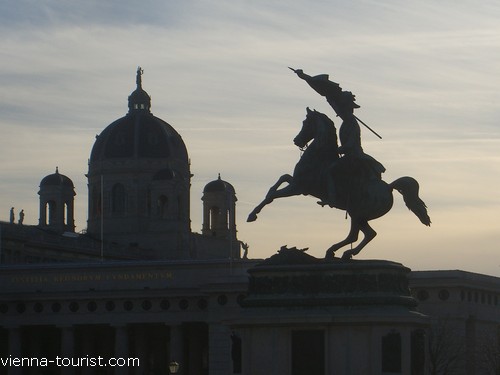 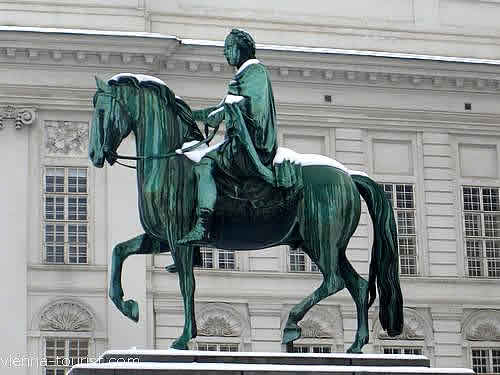 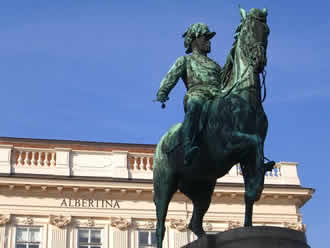 Viennas historical protagonists on equestrian statues, they were good on the back of horses.

Impressive in any case, the equestrian statues of Archduke Erzherzog Karl on the Heroes Square. The trick of the sculptor Anton Dominik Ritter von Fernkorn after a painting by Johann Peter Krafft: full weight of the bronze statue rests on the two hind feet.

The tour for horse lovers is best to start with Maria Theresia Denkmal, yes, there are four tabs on the empress power – or maybe just the work – distributed. The equestrian statues represent:

– Gideon Ernst Laudon, Baron 1717-1790
Born in Latvia, Imperial and Royal Field Marshal in the 18th Century
– Leopold Joseph Daun 1705-1766
Was an imperial field marshal and commander in the Seven Years War.
– Ludwig Andreas Graf Khevenhüller 1683-1744
Was an Austrian field marshal and commander in chief of a native of Carinthia House of Khevenhüller. He fought under Prince Eugene of the Spanish Succession War and earned his greatest achievements in the Austrian War of Succession.
– Otto Ferdinand of Abensperg and Traun 1677-1748
He was also a field marshal at the service of Empress Maria Theresa and was awarded her gold with the fleece. 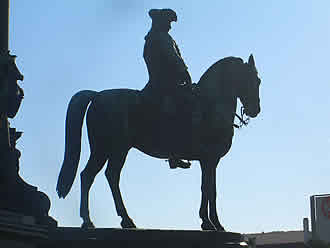 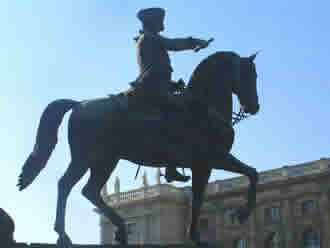 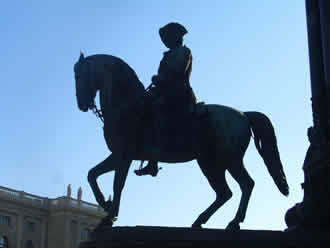 We continue to Heldenplatz, Heroes Square, where toward the Archduke Prinz Eugen von Savoyen makes on the horse a good figure.

Past numerous fiakers, like the Imperial Palace, by Josef Schweizertor we get to the place where Josef II. , which has already been the son of Maria Theresas reins in his hand.

We walk around the Imperial Palace in Albertina, or we go back 100 meters, flitting through the door behind the apse of the Imperial Chapel and pass through a corridor to Burggarten. Here Emperor Francis I trot on the spot.

A few steps, and we are on the top of the Albertina ramp, where Prince Albert can wander up to his horse, look at the Staatsoper.

And we continue to gallop to Schwarzenbergplatz, named after Prince Karl Philipp Schwarzenberg (equestrian), 1771-1820. As an Austrian field marshal, he fought against the Turks. In Napoleons army, he led the 1812 Austrian corps against Russia. He also led the troops in the Battle of Leipzig in 1813 and was president of the supreme imperial war council.

The ring road, opposite the traffic flow of many horse-power, we get to Government House. Under the giant double-headed eagle Field Marshal Radetzky look left in the past. No wonder wrote, but the Austrian national poet Franz Grillparzer to his credit: „In thy camp is Austria.“ As at the end of the annual New Years concert the Radetzky-March is confirmed each time by rhythmic acclamations. 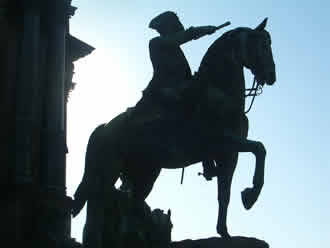 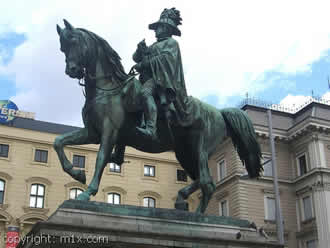 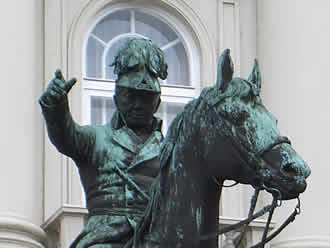