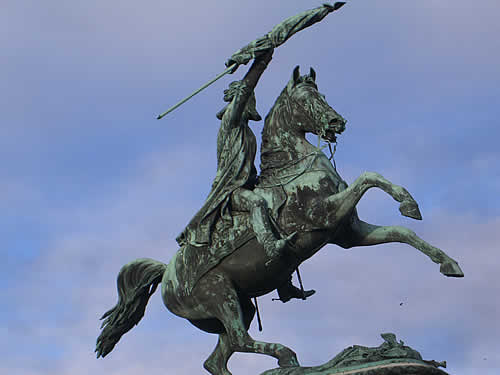 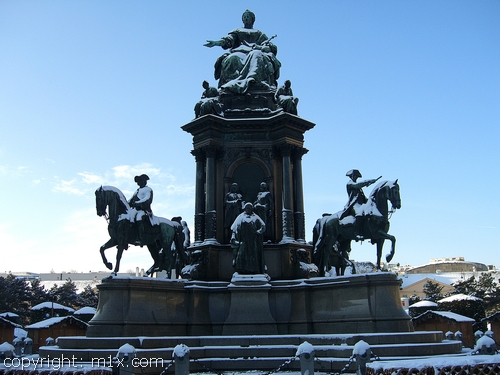 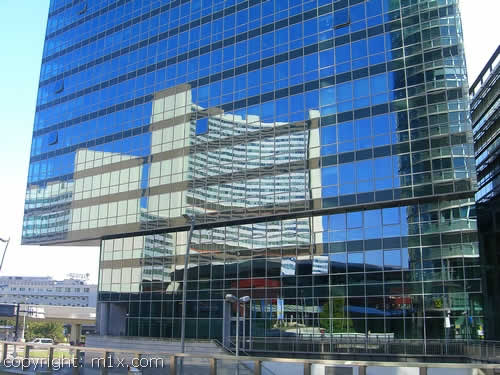 The history of Vienna dates back to Roman times. The Danube as a shipping route and the location at the foot of the Alpine foothills allowed Vienna to become a strategically important junction.

The intersection between the Alps and the Danube region is still Vienna’s ‘unique selling proposition’ in the international arena of politics, economy and culture – and in tourist marketing.

1989, Vienna returned from the calm corner of the Cold War back in the middle of Europe. The expectations, to play an active geopolitical role, have not been fulfilled by the city nor by the Republic of Austria.

WW2 IN VIENNA -history of vienna

Vienna was directly affected by the fighting of the 2nd World War II from March 1944 until April 1945. The terror of the Nazi regime had already begun before the “Anschluss” in March 1938. Illegal Nazis, controlled from Berlin, caused in the years before a bloody bomb terror in Austria.

Terror against “worthless life” :
With the entry of German troops on 12 March 1938 started the violence against Jews, leftists, gypsies, homosexuals, political dissifrnts, against “inferior life.”

Many Viennese took part in the denunciation and benefited from so-called Arisierung, ie Jewish property was looted by government agents and taken into possession. The Jews were forced to wear the Star of David, humiliated and deprived of their liberties. Dress codes prohibited them e.g. wearing alpine costumes.

City planning beneath the Nazis: The Nazis enlarged the Vienna administrative area. Thus, for example Moedling, was the24th district. There still delivers Viennas-energy provider Wien Energie the electricity, a legacy of this period.

Hitler had big plans for the Heroes Square. It should not happen. The town square inh front of the city hall was called Adolf-Hitler-Platz.

The Battle of Vienna April 1945 – history of vienna
From the 17th March 1944 were carried out air raids on Vienna. Evidence of this are the massive concrete bunker of air defense, the flak towers. They can not be removed for reasons of cost, an explosion would damage the environment too much. The bunker in Esterhazy Park is used as an aquarium for marine life (“House of the Sea”) and as a climbing wall.

Many residential buildings have been bombed and partly completely destroyed, e.g. the Heinrichshof in front of the State Opera or the Philippshof behind the State Opera. Today, it is Albertina Square, where the sculptor Alfred Hrdlicka built his “monument against war and fascism.”

The Vienna symbol of St. Stephen, remained intact during the air raids by a miracle. Even the attempt by the Wehrmacht, to destroy the Cathedral with artillery fire from Bisamberg was thwarted by Nazi captain Gerhard Klinkicht by disobeying orders. Only the looters of the adjacent Haas House set on fire, this jumped on 04/12/1945 at the cathedral. Due to the war there was not enough water for the fireworkers. The roof and the bell tower burned, the bell “Pummerin” crashed into the depths.

On the same day, the Soviet army marched into Vienna. The eight-day bloody battle in the city of Vienna ended on 13 April with the defeat of Nazi troops. Vienna was liberated from Nazi terror.