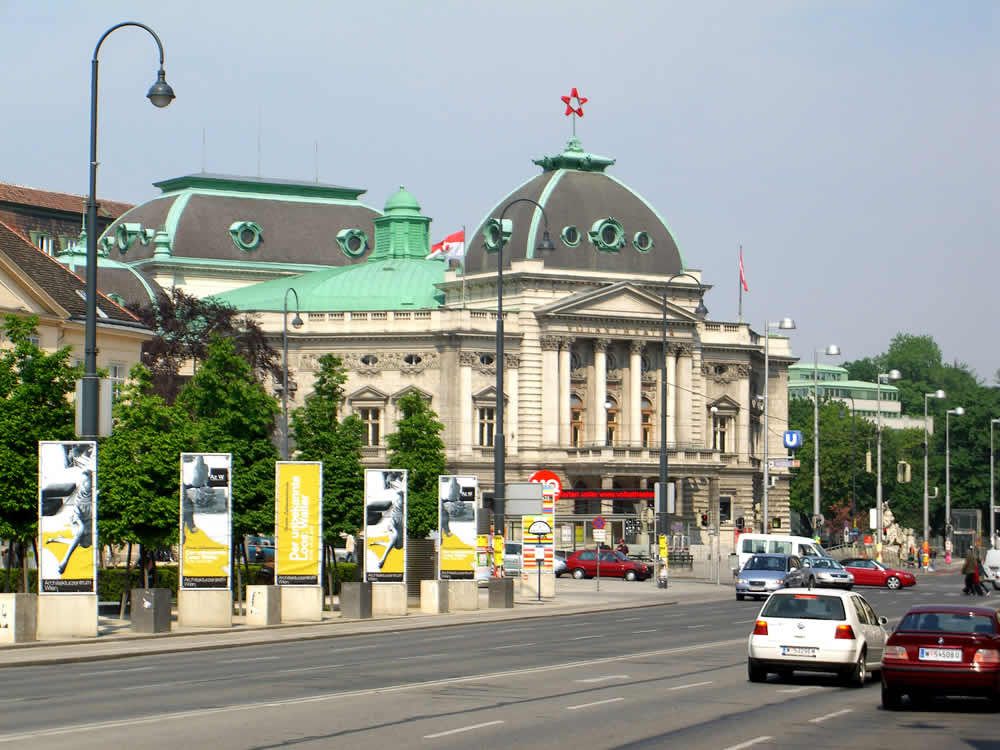 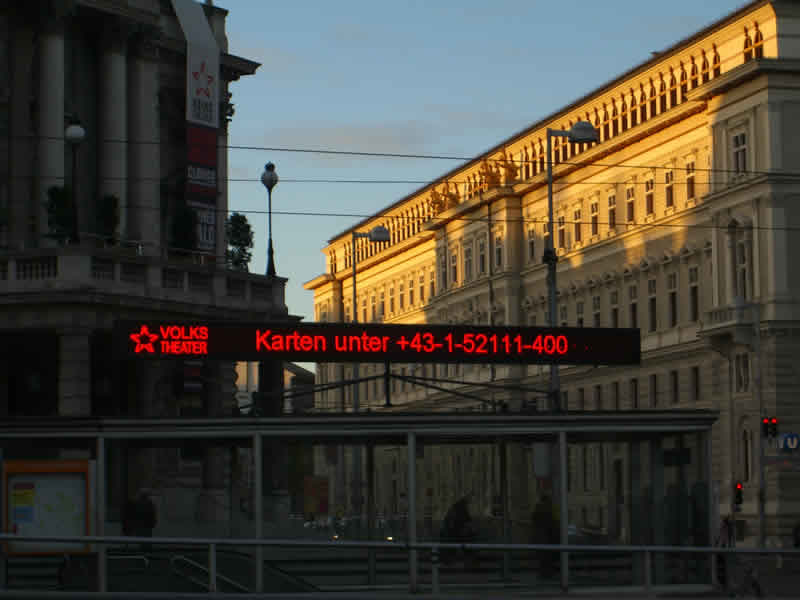 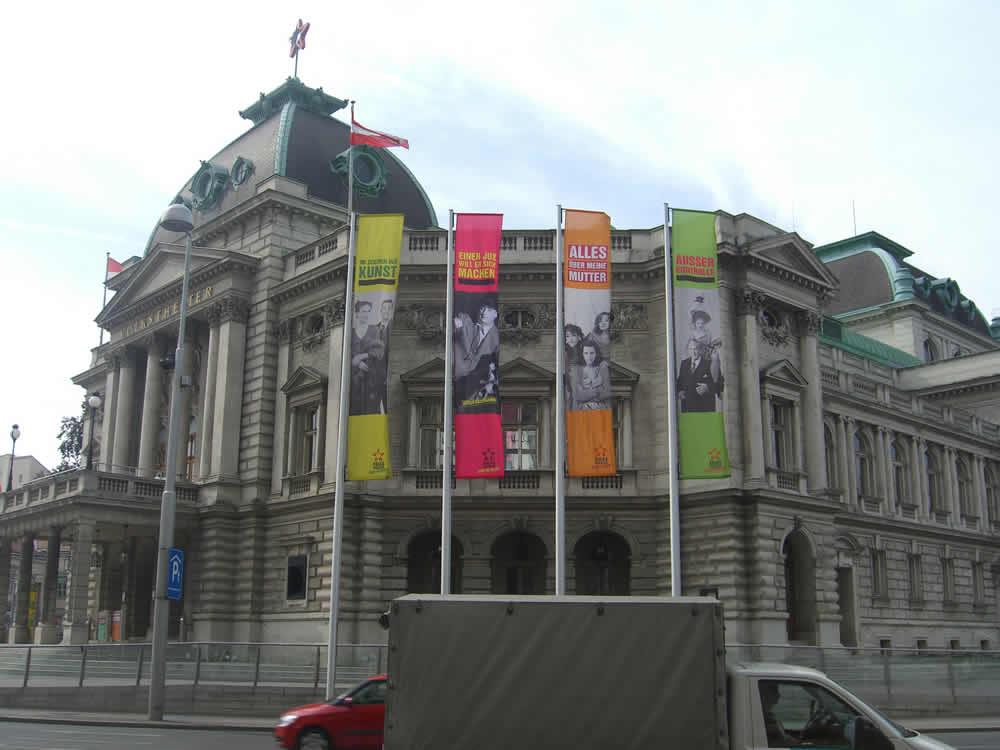 The Volkstheater in Vienna („Vienna People´s Theatre“) was founded in 1889 by request of the citizens of Vienna, amongst them the dramatist Ludwig Anzengruber and the furniture manufacturer Thonet, in order to offer a popular counter weight to the Hofburgtheater. It was erected according to designs by Ferdinand Fellner and Hermann Helmer, who attempted to reconcile their plans with historicism.

The founders of this stage had a theatrical stage in mind, in order to expose wider circles of the population of Vienna to classical and modern literature whilst staging these next to more traditional plays. The theatre follows this tradition even today. New productions of the classics are always in the pipeline along with regular reinterpretations of works by Ferdinand Raimund and Johann Nestroy and many new plays and reruns. Special attention is given to Austrian playwrights of old and new.

In 2005 the Volkstheater started an alternative theater stage called „Volkstheater Hundsturm“ in Margareten, the fifth district of Vienna. It is a place for experimental theatre.
Source: wikipedia.org