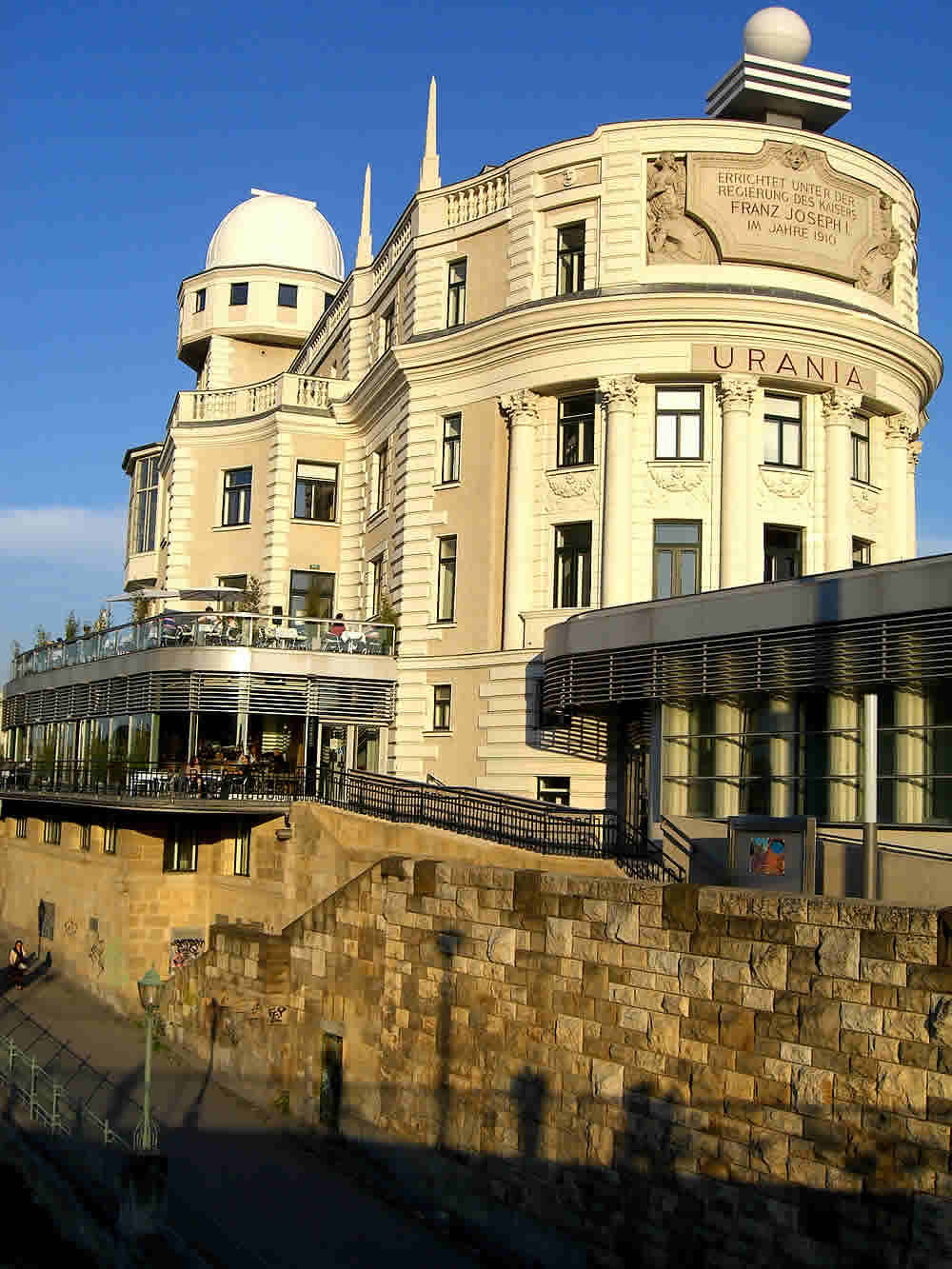 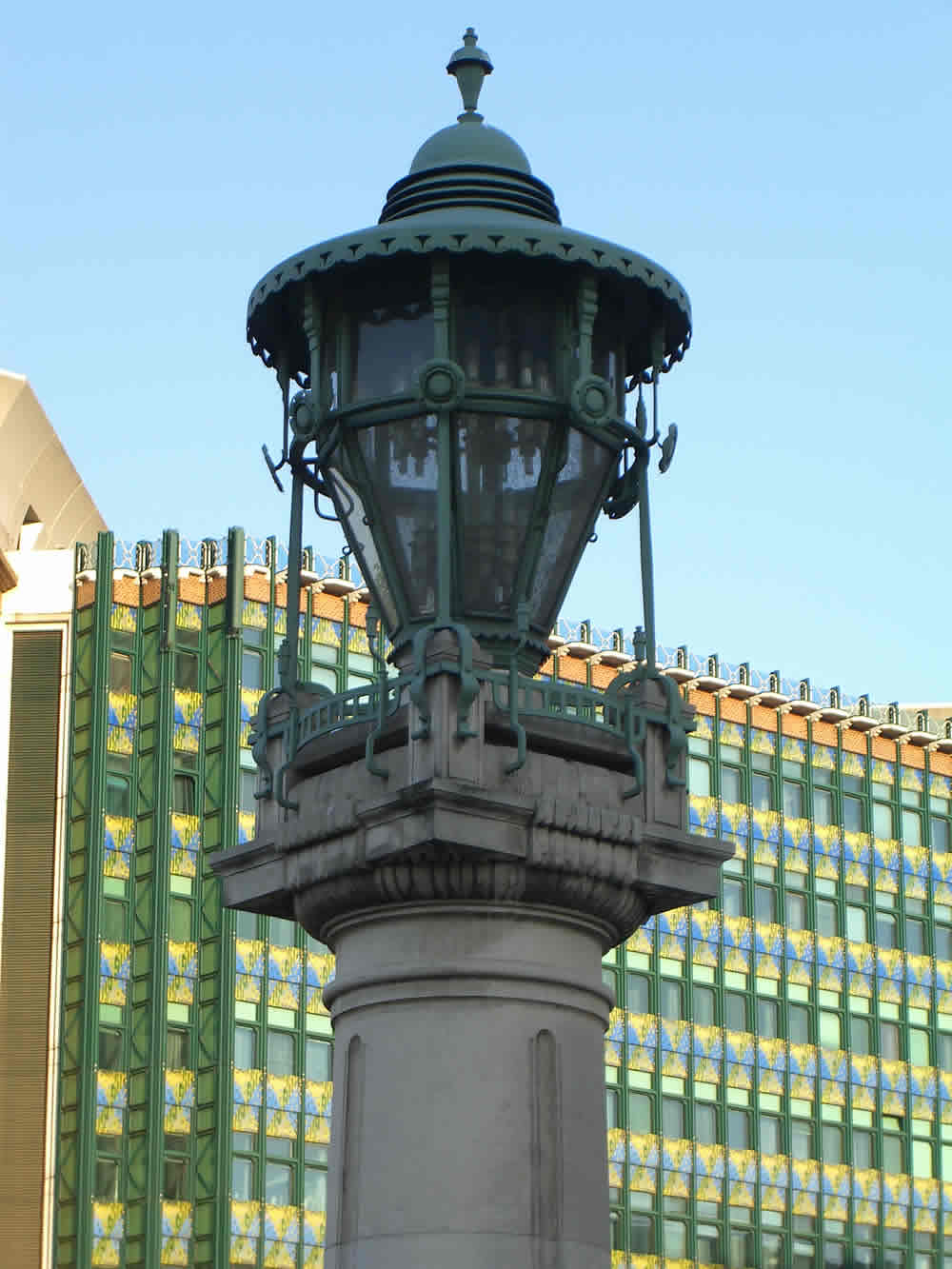 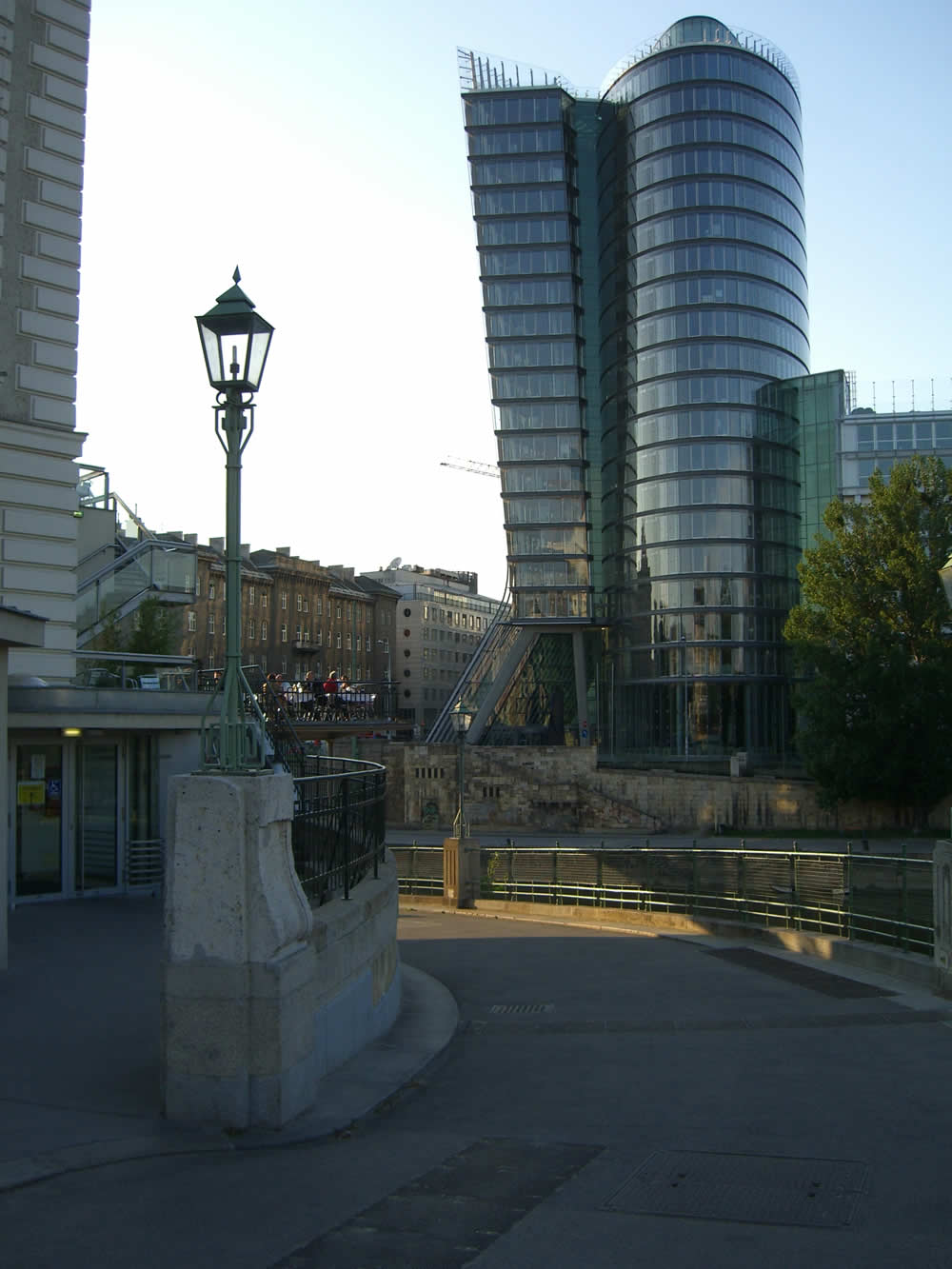 The Urania is a public educational institute and observatory in Vienna.

It was built according to the plans of Art Nouveau architect Max Fabiani (a student of Otto Wagner) at the mouth of the Wien River and was opened in 1910 by Franz Joseph I of Austria as an educational center with a public observatory. It was named after the Muse Urania who represents Astronomy.

In World War II, the Urania was severely damaged and the dome with the observatory was totally destroyed. After its reconstruction, it was reopened in 1957. The observatory itself has been continually improved technically over the years.

Today, the Urania also has seminar rooms in which wide-ranging classes and lectures are given, a movie theater that screens at the annual Viennale film festival, and a puppet theatre. Source: wikipedia.org.