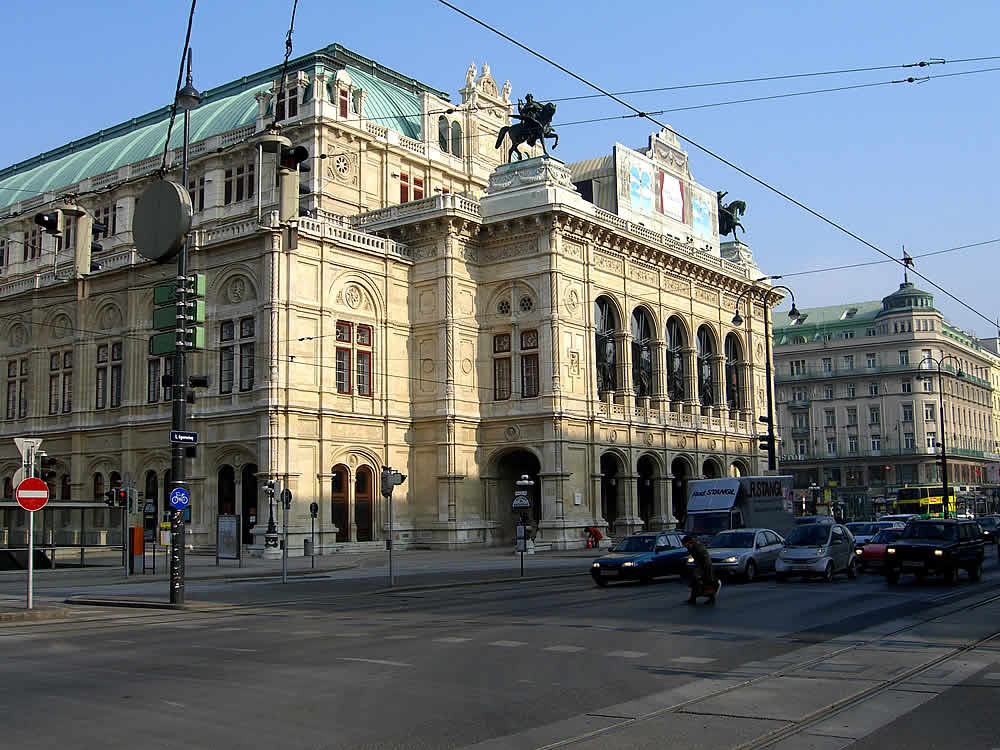 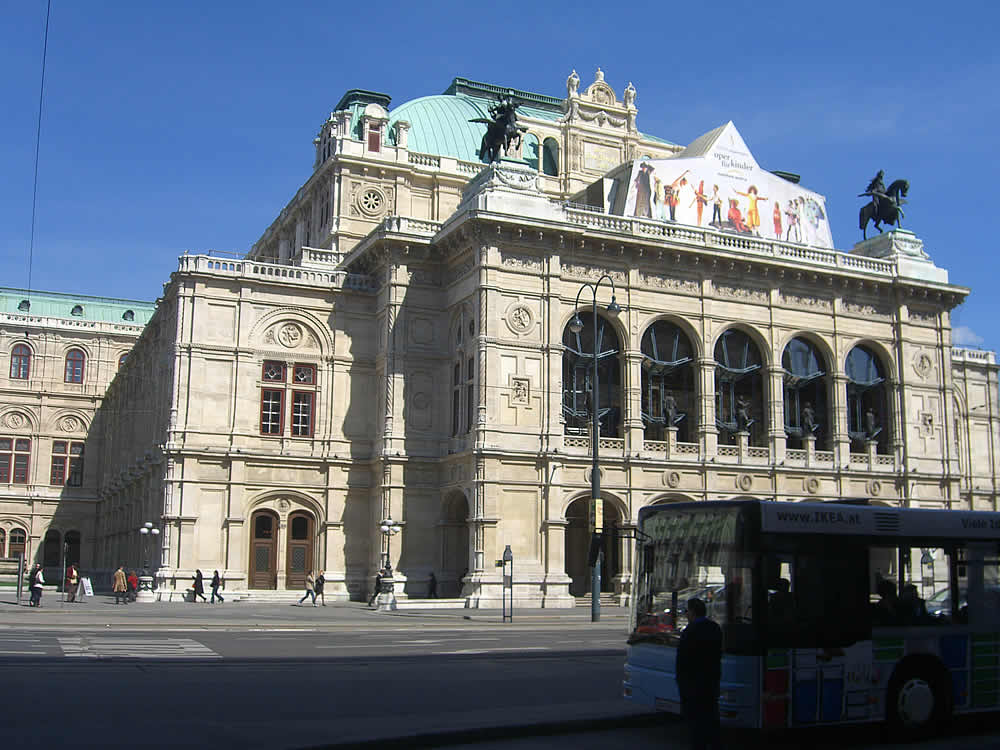 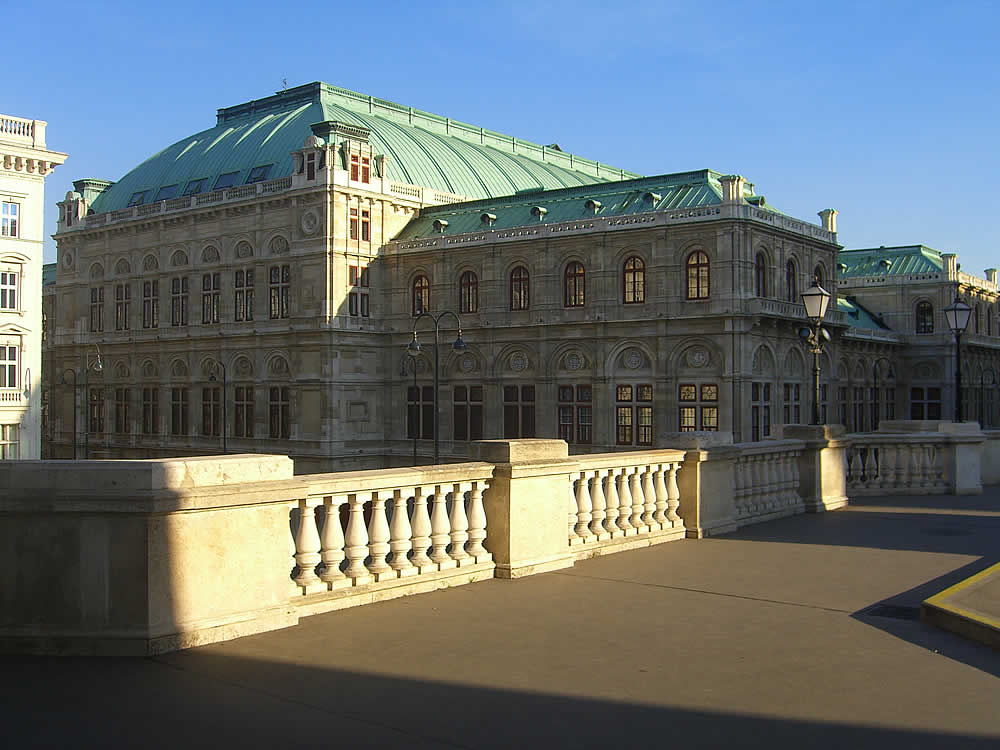 The Vienna State Opera (originally known as the “k.u.k. Hofoper” or the Royal Imperial Court Opera) is an internationally renowned opera house. The Vienna Philharmonic is recruited from the members of the orchestra of the State Opera. The State Opera is the scene of the annual Opera Ball. It was completed in 1869 in Neo-Renaissance style in line with plans from the architects Sicard von Sicardsburg and van der Nüll, and opened with Mozart’s “Don Juan”

Bombardment and fire in WW2. The facade, as well as the entrance hall and a foyer (with frescoes by Moritz von Schwind) remain intact. A donation collection was made for the reconstruction: architect Boltenstern (Ringturm). Building material was donated by the Soviets. On 5 November 1955, the State Opera reopened with “Fidelio” from Ludwig van Beethoven, conducted by Karl Böhm