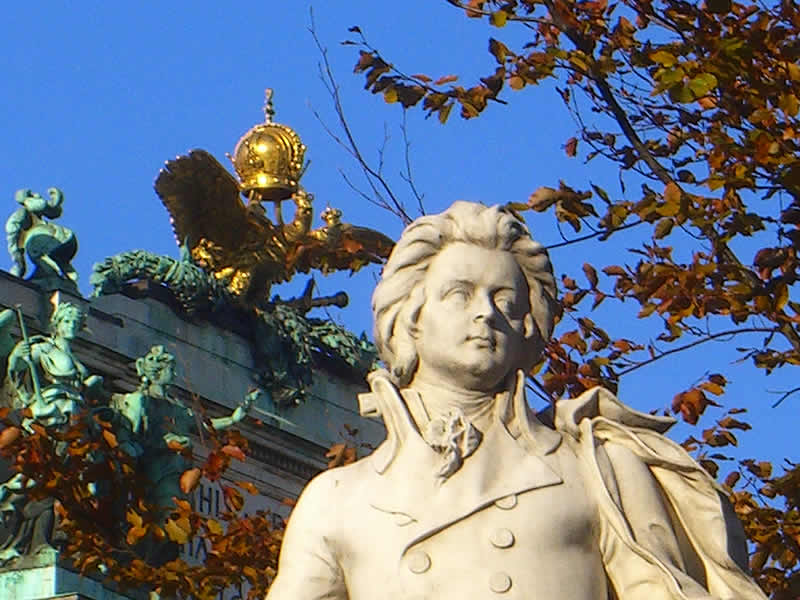 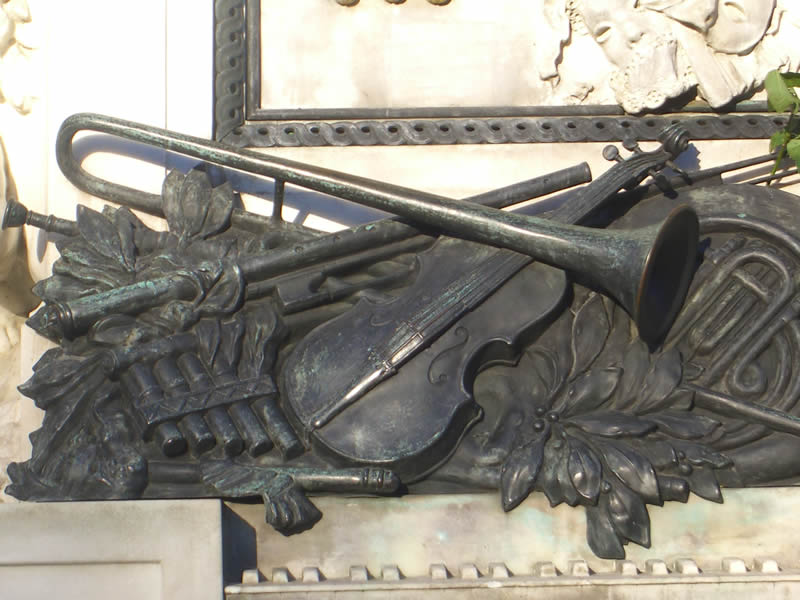 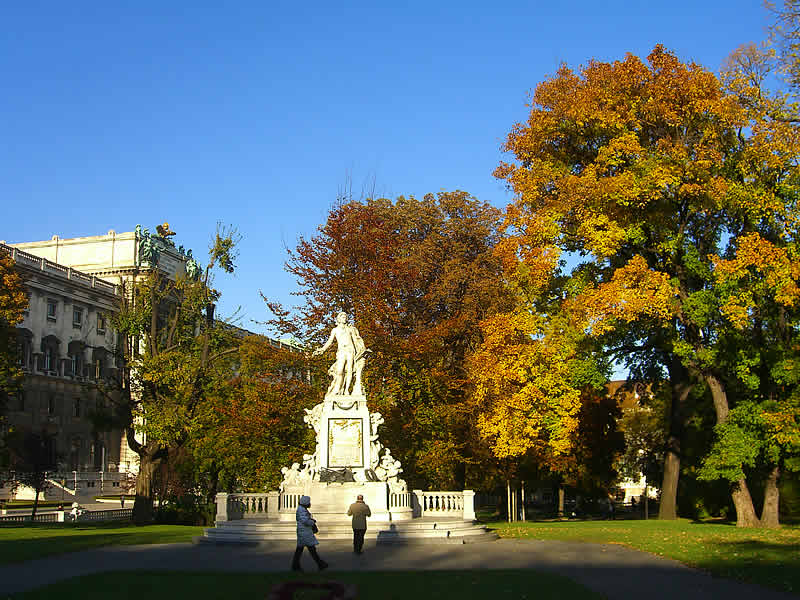 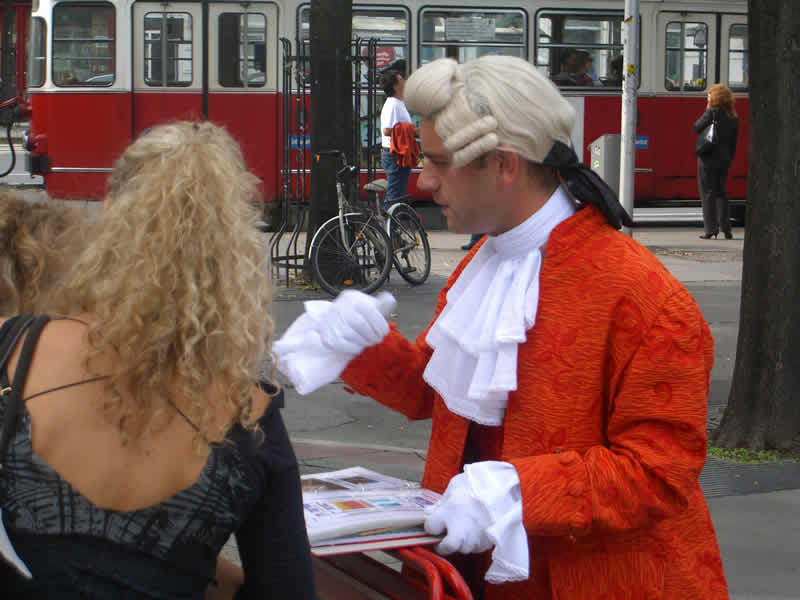 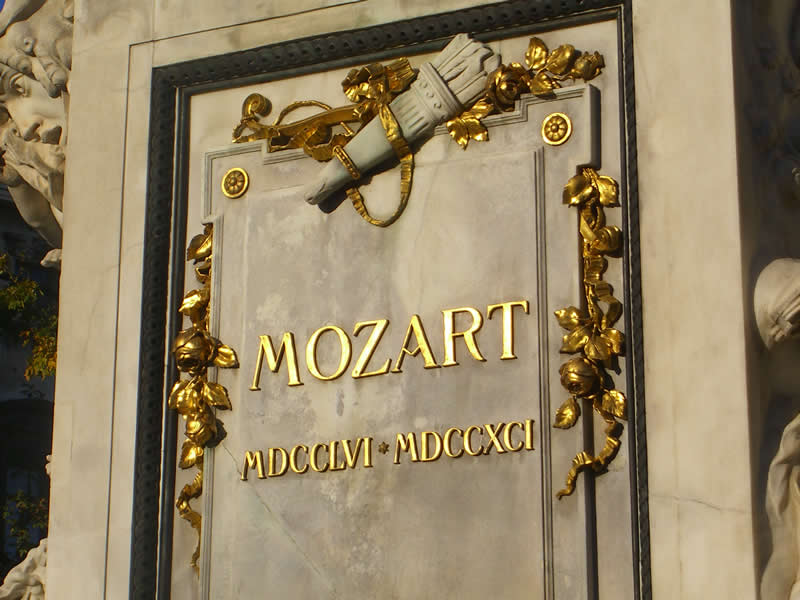 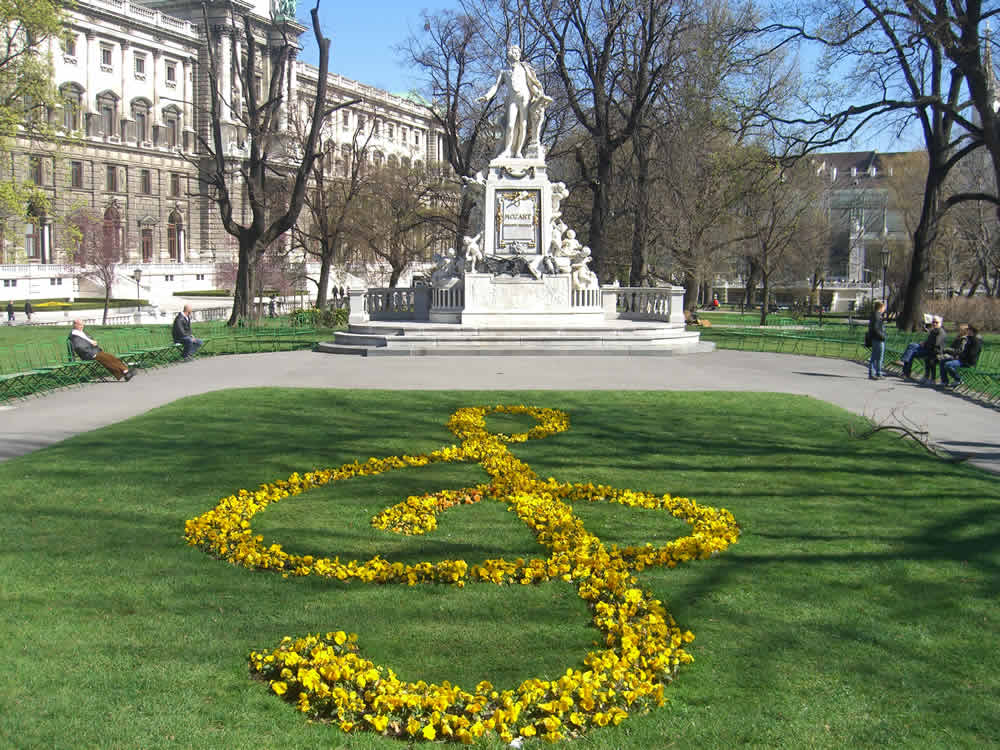 The statue of Wolfgang Amadeus Mozart (1756-1791) was created by Viktor Tilgner in 1896. Mozart was a composer of the Vienna Classical era. Born in Salzburg, he became a concertmaster and court organist in Salzburg after extensive travels throughout Europe. Following conflicts with the archbishop, Mozart found his second home in Vienna in 1781. It was as an independent composer and music teacher that he created his greatest works e.g. “The Abduction from the Seraglio”, “Cosi fan tutte”, “Le nozze di Figaro” and, in 1791, “The Magic Flute”. Mozart died a few months later at the age of 35. He was buried in St. Marx Cemetery