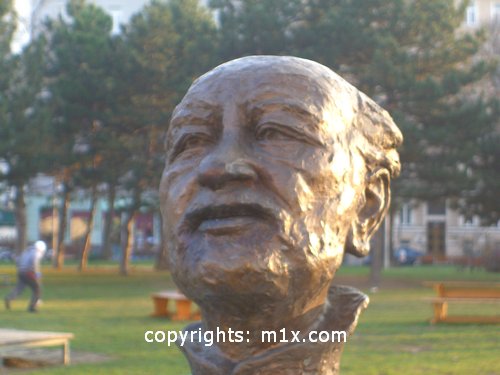 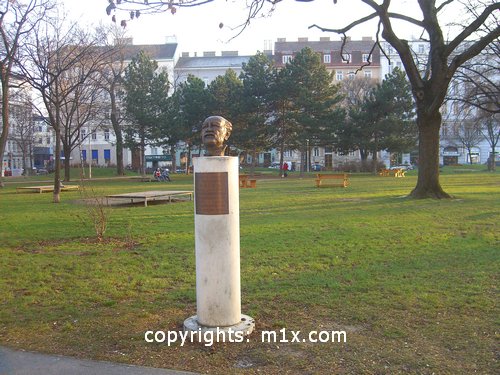 1911-1990. Federal Chancellor of the Republic of Austria. He was born in a nearby house at 122 Schönbrunner Straße.

Coming from a bourgeois family with a Jewish background, Bruno Kreisky quickly turned to social democracy, fought against Austro-fascism and was in exile in Sweden from 1938 until 1946. In his capacity as secretary of state, he dealt with the State Treaty from 1953 and was Federal Chancellor from 1970 until 1983. He oversaw the legalisation of abortions, homosexuality, reforms in family law, social and educational reforms, and the democratisation of colleges.

He was criticised for his deficit spending (Keynes). However, the debts are juxtaposed by massive investments in education and infrastructure, creating the foundation for later prosperity.

Kreisky promoted a Marshall Plan for the Third World. As an opponent of Zionism, he cultivated contacts with Arafat, Sadat and Gaddafi