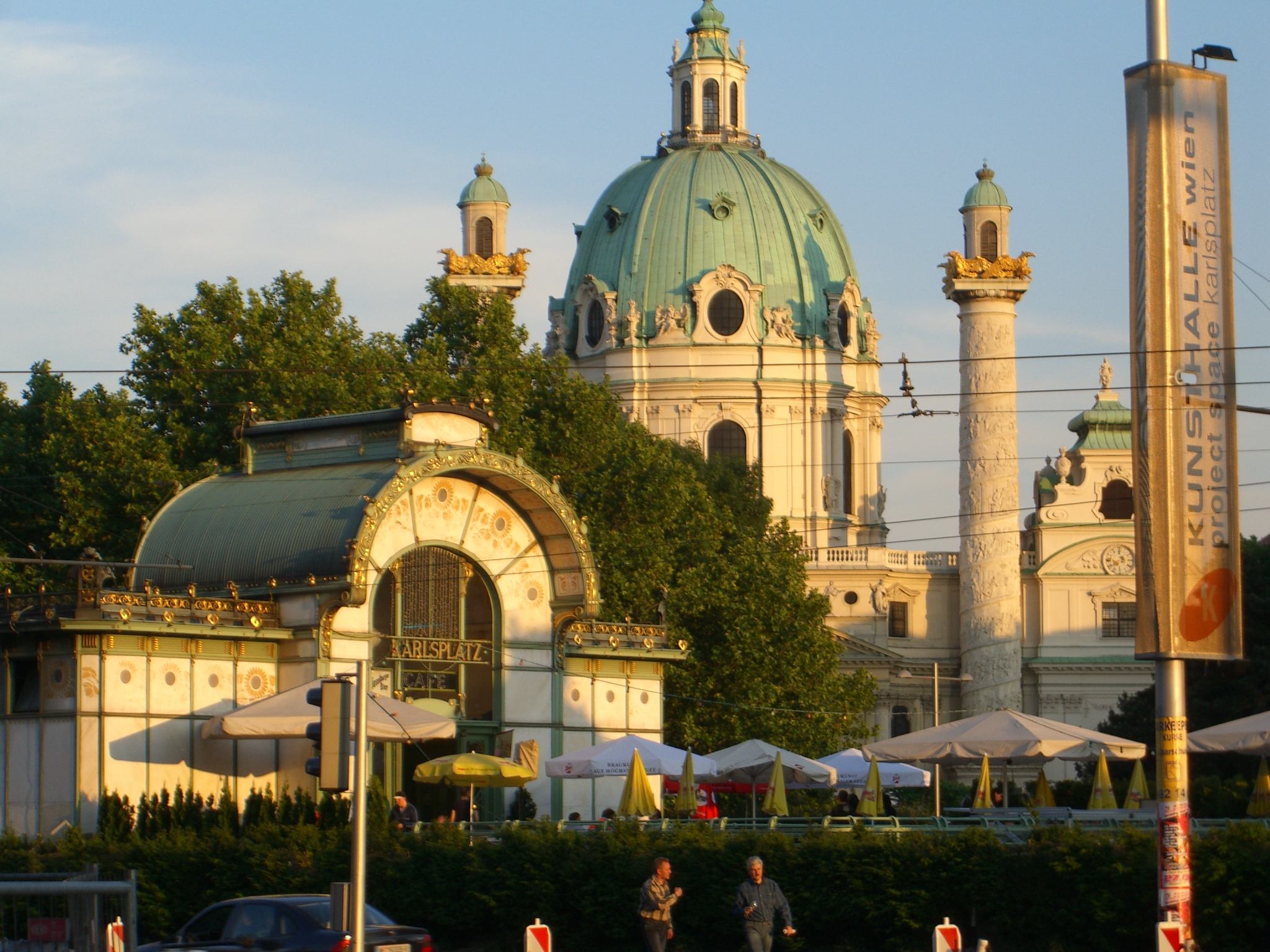 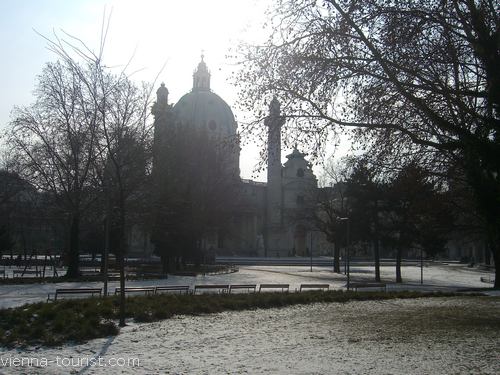 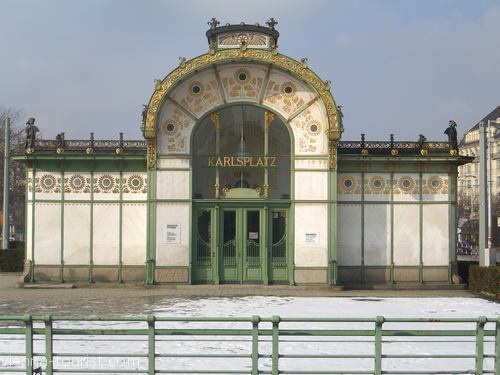 Karlsplatz Square, major square and busy traffic junction in Vienna´s 1st and 4th districts posing a major problem to the cityplanners of Vienna. The biggest part of the square is the Ressel park with several monuments in the southern part and bounded by a Protestant school and by the University of Technology. It adjoins an area dominated by the Karlskirche, (in front of the church is a water basin with a sculpture by Henry Moore) by the Historisches Museum and by the buildings of the Winterthur Insurance Company. The Musikverein concert hall, the Künstlerhaus exhibition hall and the Handelsakademie commercial school are cut off from the square. The first district can only be reached by an underpass which forms part of the underground or via Operngasse. The “Stadtbahnpavillons” (pavilions formerly serving as entrances to the former Stadtbahn transit line) were preserved when the new underground was built