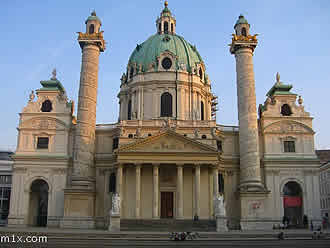 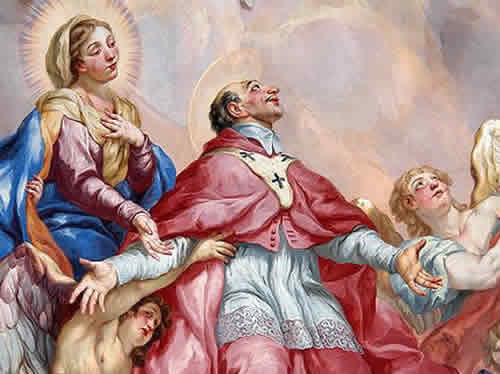 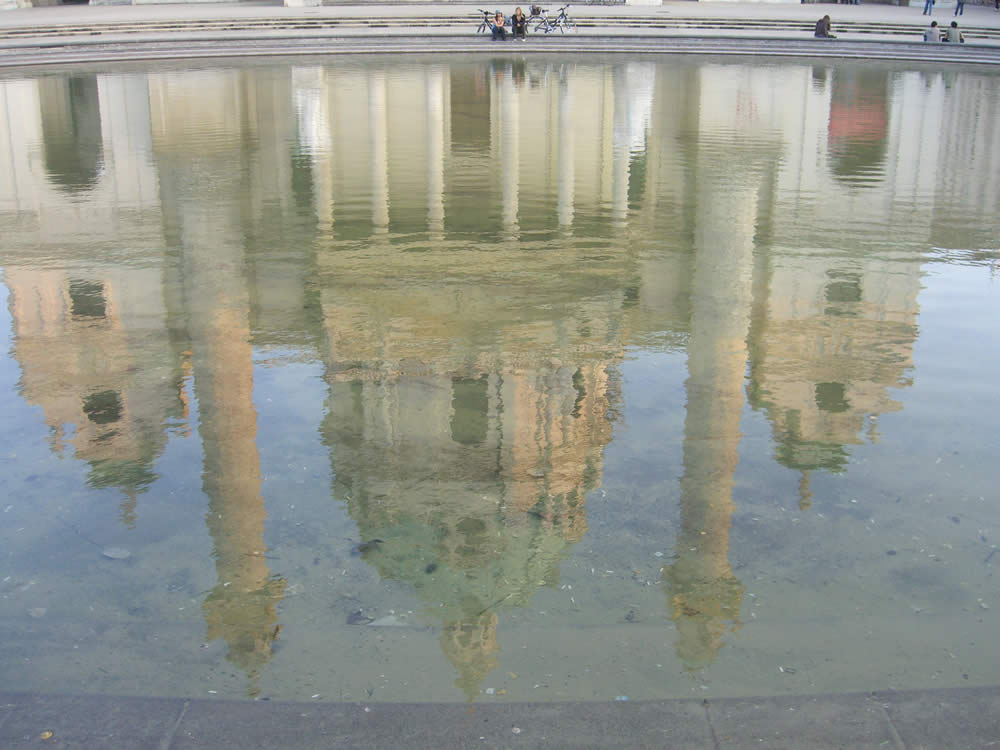 The ecclesiastic architecture in late baroque style was started by Johann Bernhard Fischer of Erlach, 1716-22, and completed in 1739 by his son, Emanuel. The cupola has an oval layout. The reliefs on the two pillars of triumph recall the Trajan Pillar of Rome. The church stands on Karlsplatz and was built in 1713 following the plague epidemic. Emperor Karl VI carried this out to fulfil a vow and dedicated it to Saint Karl Borromäus. Karl Borromäus (1538-1584) was an Upper Italian cardinal and inquisitor who led the Counter-Reformation in Switzerland with extreme severity and the burning of witches. During the plague years in Milan of 1576-1578, he initiated care for the sick as the town administration fled. In 1610 was canonised by Pope Paul V.