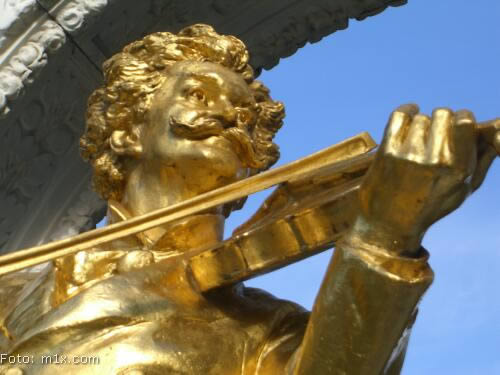 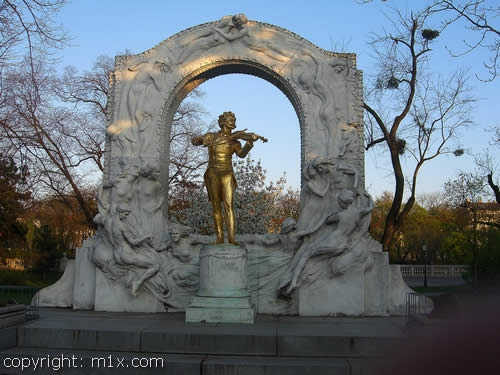 Johann Strauß, the Yossnger,1825-1899. Waltz King, composer, musical director. Son of Johann Strauss the Elder, brother of Josef Strauss and Eduard Strauss. With his own orchestra, he became his father’s rival. Successful tours through Europe and the USA made him very popular and triggered a Strauss-Mania.
Operettas as “The Bat” and “The Gypsy Baron” as well of hundreds of waltzes, polkas, gallops and marches. The Donauwalzer is said to be Austria’s inofficial hymn