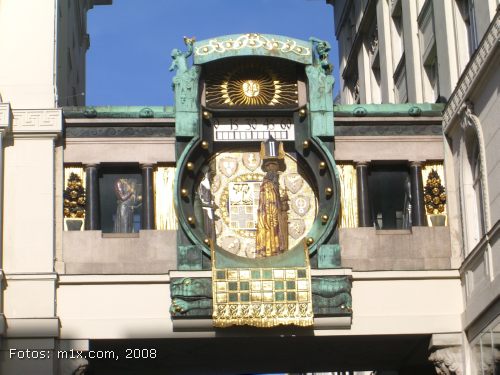 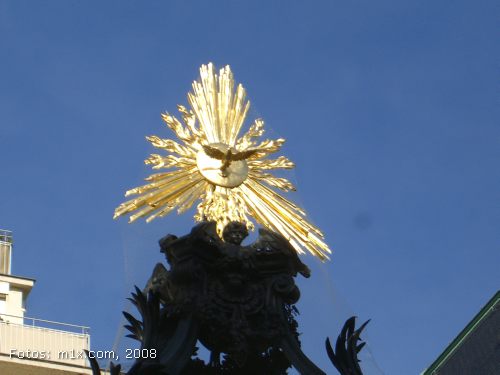 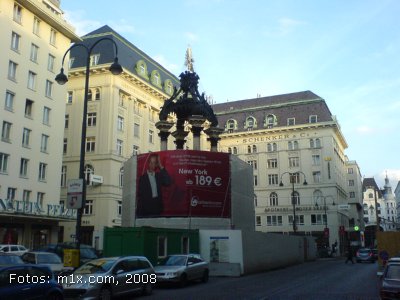 The Hohe Markt (High Market) lies above the ruins of the former Roman encampment of Vindobona.

In the Middle Ages it was the centre of Vienna, surrounded by numerous guild houses, and later a site of executions. In the centre of the square stands the “Vermählungsbrunnen” (Marriage Fountain) made of white marble (featuring Joseph and Mary). It was built in 1792 by Emanuel Fischer of Erlach.

A special attraction is the “Ankeruhr” (Anchor Clock) by Franz Matsch. On the hour, ever hour, a well-known figure from Vienna’s history moves across a bridge and is accompanied by music