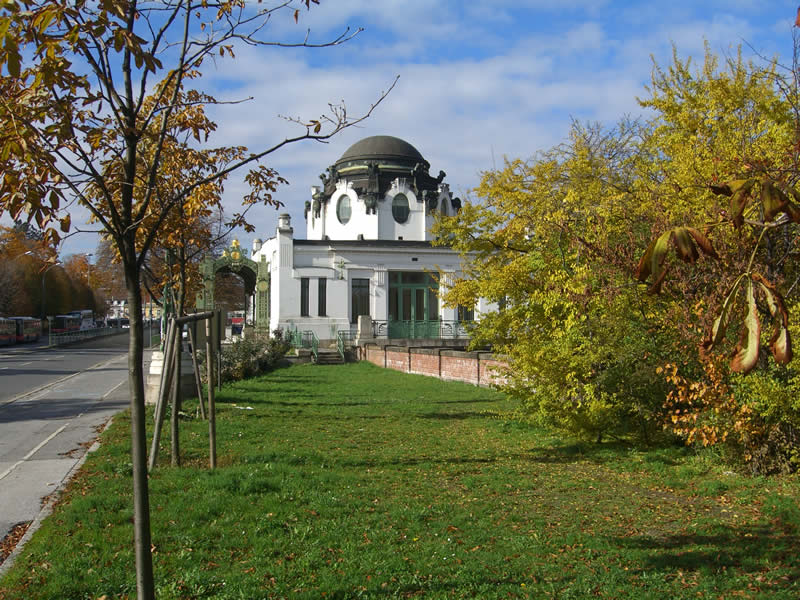 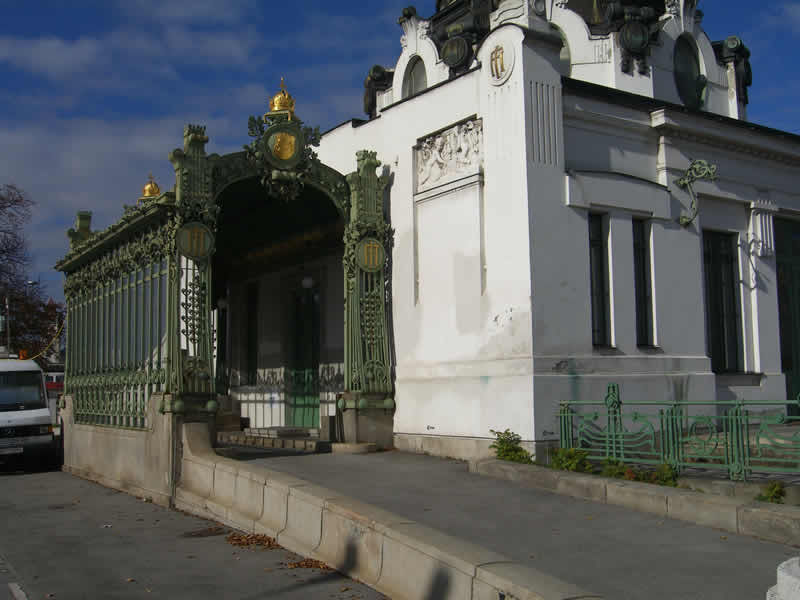 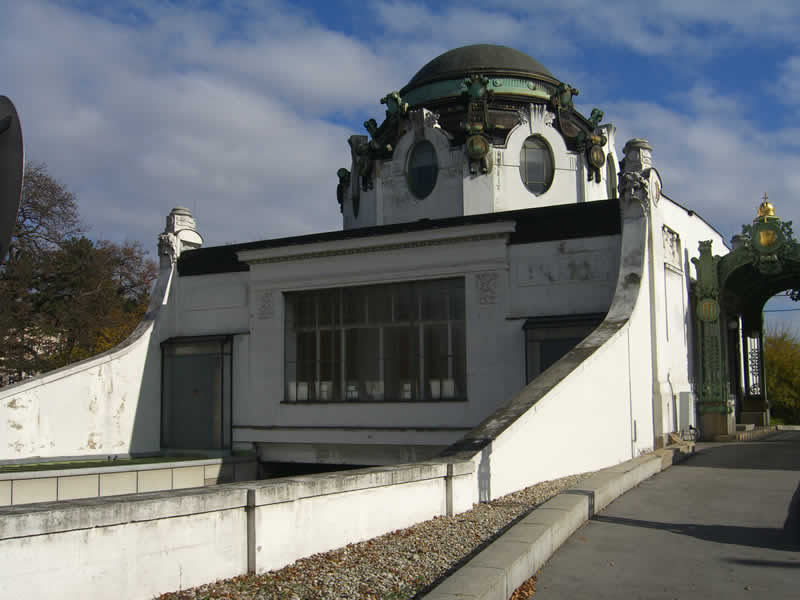 Train station (1899) for the emperor and his royal household in the event of a journey on the city railway. This was opened by the emperor in 1898. Trains drove on the tracks and in the tunnels of the present-day U6 and U4 from Hütteldorf until Heiligenstadt. The emperor only used the station twice.

Otto Wagner designed all stations of the city railway and the suburban line (today known as the S45). His line routing via the relief of the Gürtel (ring road) received a great deal of attention