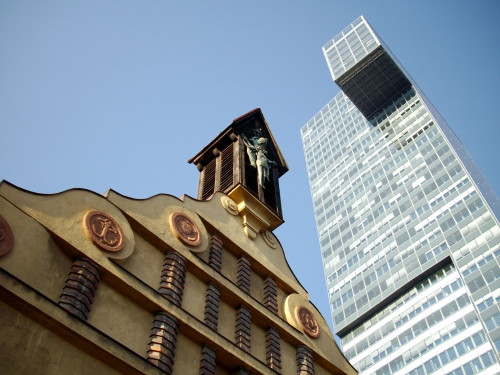 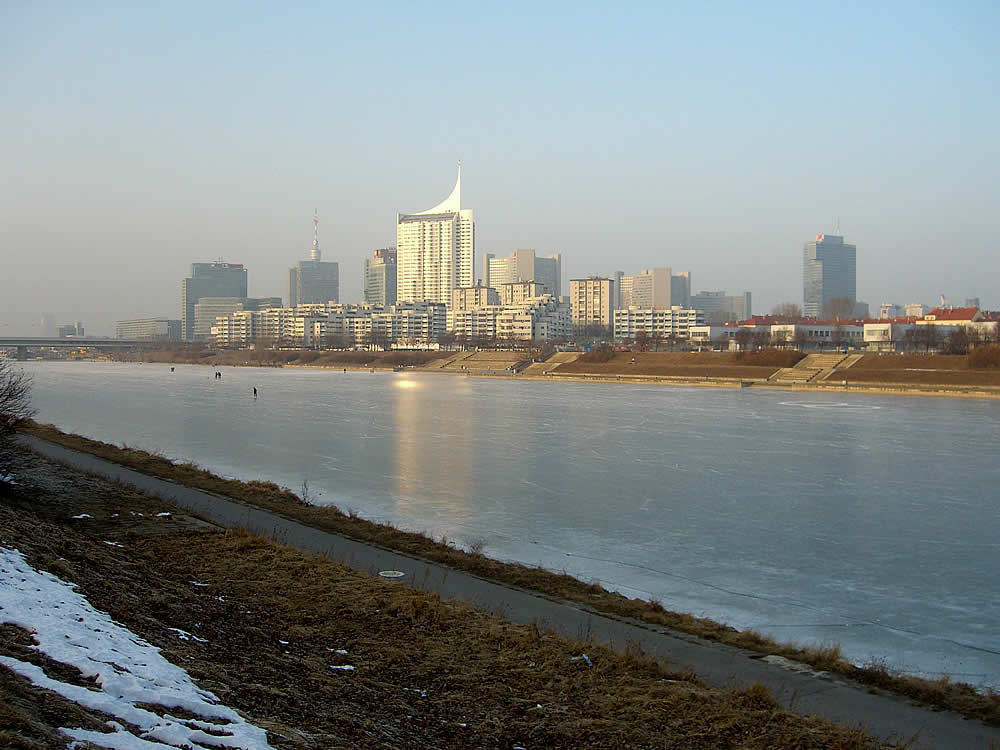 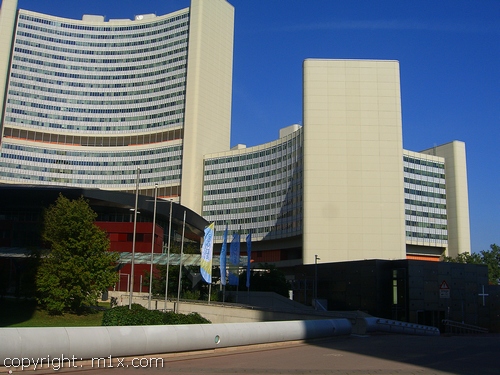 It was through the regulation of the Danube and the creation of the New Danube relief arm in the 1970’s that the cityscape surrounding the Danube also became of interest to builders. The land became increasingly important with the opening of the UNO City in 1979 and the congress centre, Austria Center Vienna, in 1987.

Some 7,500 people currently live and work in this new “town within the town”. The population could be up to 15,000 with the overall expansion, which is scheduled for completion in 2012. Among other things, there are plans for a further two towers by the French architect Dominique Perrault: heights 220 m and 160 m. The first one was finished in 2014.