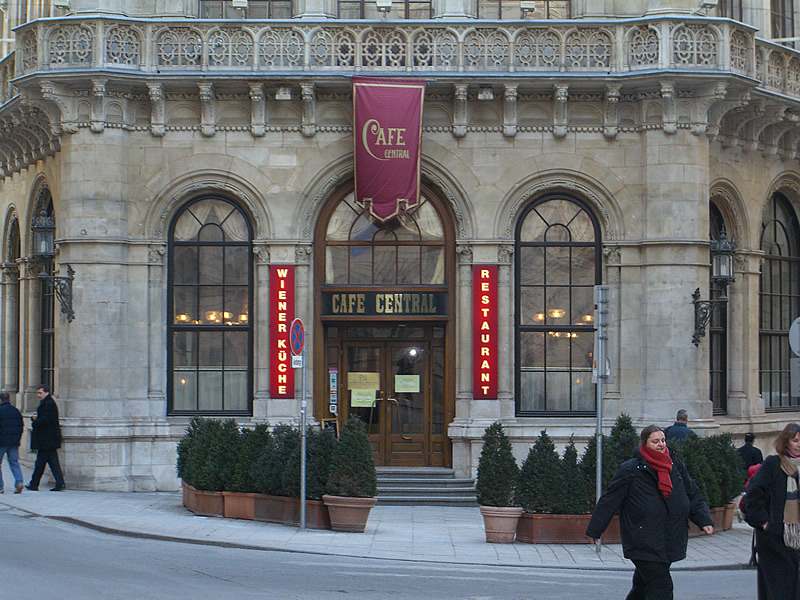 Café Central is a coffeehouse in the Palais Ferstel.

The café was opened in 1860 and became a key meeting place of the Viennese intellectual scene. Key regulars included Peter Altenberg, Egon Friedell, Hugo von Hofmannsthal, Anton Kuh, Adolf Loos, Leo Perutz, and Alfred Polgar. Until 1938 the café was called the „Chess school“ (Die Schachhochschule) because of the presence of many chess players.

A well-known story states that an Austrian politician, asked about the possibility of a revolution in Russia, remarked sarcastically: „Who is going to make a revolution? Perhaps that Trotsky from the Café Central?“

The café closed at the end of World War II. In 1975, the Palais Ferstel was renovated and the Central was newly opened, however in a different part of the building. In 1986, it was fully renovated once again.

Today it is both: a tourist spot and a popular café marked by its place in literary history.