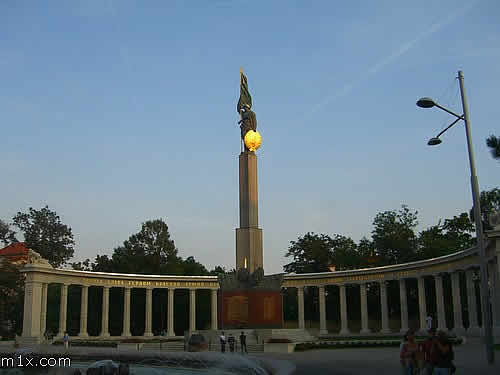 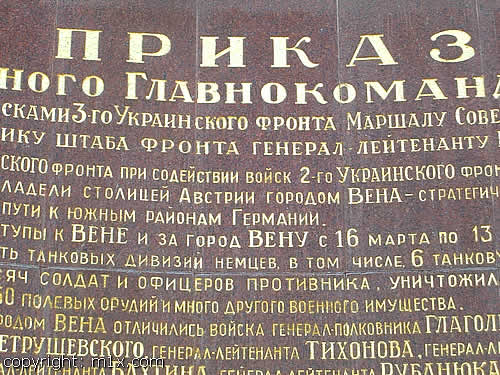 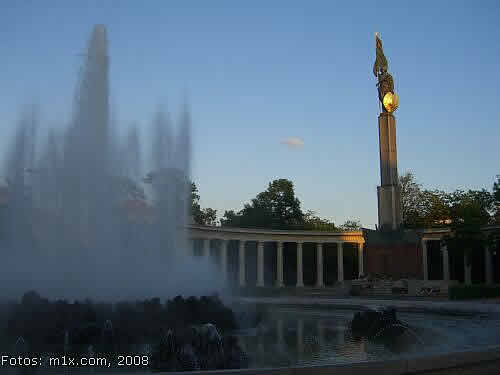 In 1945, the memorial to the liberation from the fascist Nazi regime was erected on the edge of Schwarzenbergplatz. This part of Vienna was known as Stalin Platz during the occupation. The Soviet Union suffered an enormous death toll in the battle against Hitler’s Germany. In 1955, the Soviet and allied troops withdrew from the four zones in Vienna and from Austria.

Directly in front of the memorial is an active high jet fountain. It recalls the construction of the first Viennese mountain water pipeline, which transported the water over 100 km from the Rax/Schneeberg mountain region to Vienna.