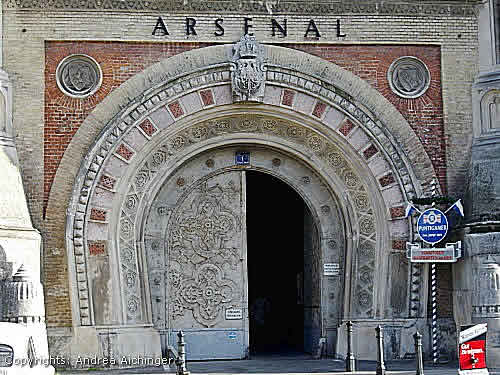 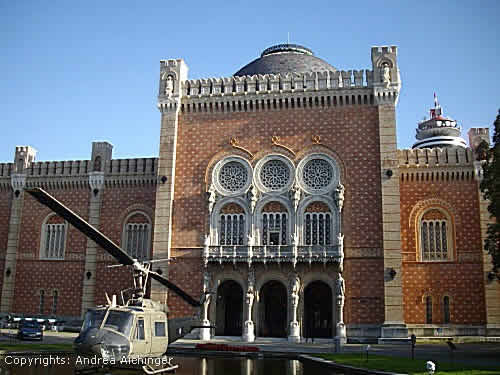 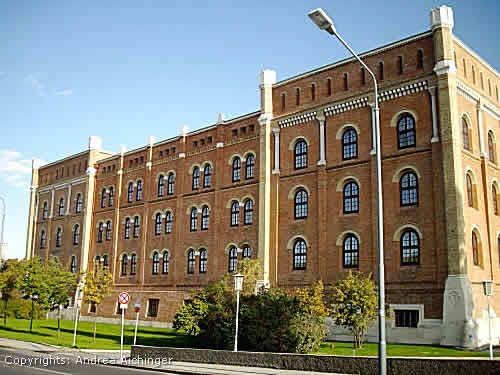 The Arsenal is a former military complex.
It is the most distinguished building group of the romantic historism in Vienna and has been constructed in italian-medieval respectively byzantine-islamic style. It was build on the occasion of the march revolution 1848 and was the first of three buildings which replaced the old city fortification.
The area was split into sectors to cover with buildings by the architects Carl Rösner, Antonius Pius de Riegel, August Sicard von Sicardsburg, Eduard van der Nüll, Theophil von Hansen and Ludwig Förster. Master builder was Leopold Mayr. The Heeresgeschichtliche Museum took until 1891 to finish. In the aftermath there were multiple expansions. During first world war the complex served as barracks and armory.
1945 the Arsenal was heavily damaged by bombing. In the following years, several new constructions primarily in the south were undertaken, such as the workshops for the state theaters (1959 until 1963) and the rehearsal stage for the Burgtheater in the 1990s. From 1961 until 1963 the Fernmeldezentralamt and 1973 buildings for the mail and telegraph authority for Vienna, Lower Austria and Burgenland), today the Technologiezentrum Arsenal of the Telekom Austria) with the 150 metre high Funkturm Arsenal.
The Arsenal Research was located in the complex. A small part of the complex is still being used by the Austrian army as a casern. Furthermore the Zentraldesinfektionsanstalt (central disinfection authority) of Vienna is located there.
Part of the Arsenal now contains housing.