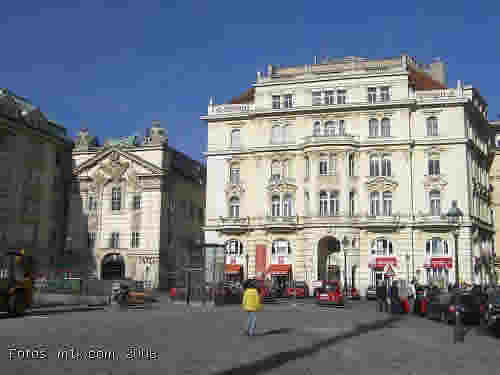 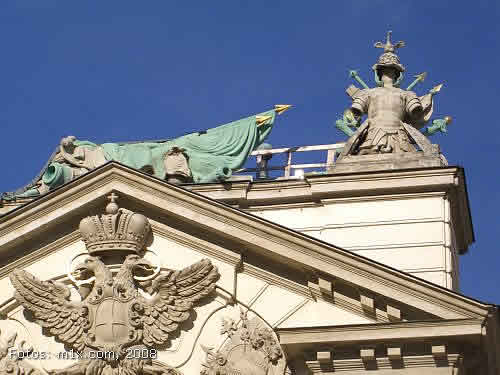 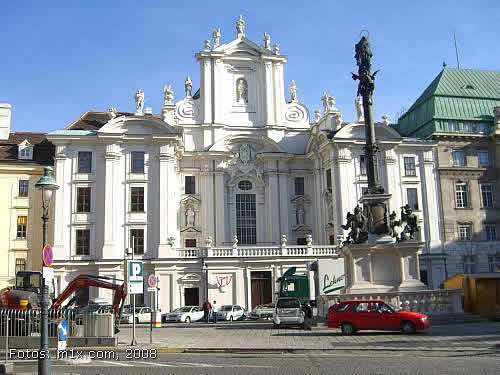 Of Vienna’s squares, Am Hof is one of the most steeped in tradition. The Babenberg Court was located here from 1155. It was here in 1165 that Heinrich Jasomirgott received Emperor Friedrich Barbarossa during the third crusade. 6 August 1806 saw the heralding of the end of the Holy Roman Empire from the loggia of the church Am Hof.
Von Latour, the minister of war, was hung from a lamppost during the civil uprising in1848. The square was known briefly as „Volksplatz“.
In the middle of the square stands the statue of the Virgin Mary (Mariensäule) dating back to 1667. From 1562, the municipal armoury (Bürgerliche Zeughaus) served as the weapon depot for the defence of Vienna against the Turks. It is today the headquarters of the Vienna municipal fire brigade. Directly next-door is the Fire Brigade and Fire Service Museum.