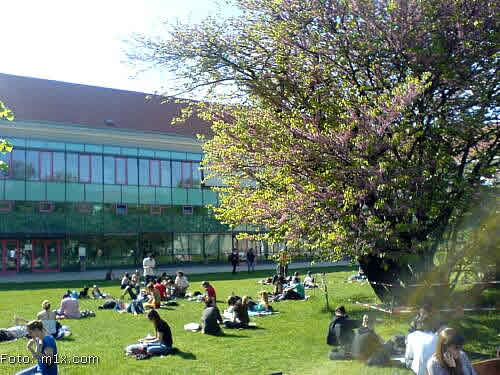 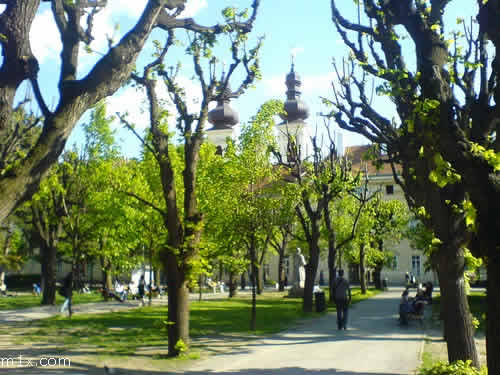 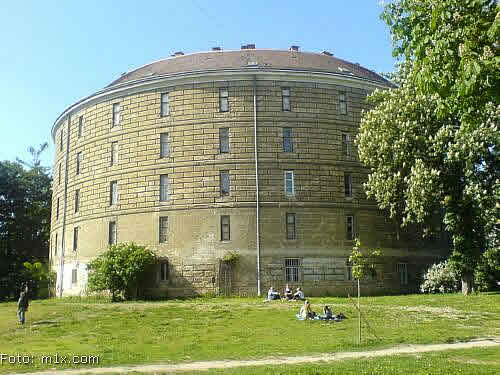 The Vienna General Hospital opened 1784. To the hospital were attached a bearing house, a Findelhaus, and a lunatic asylum. The Narrenturm was the first special building for the accommodation of mental patients.
Particularly in the 19th century, Vienna General Hospital was the center of the Viennese Medical School, as one of the centers of medical research. Thus Ignaz Semmelweis made his observations of hygiene, and Karl Landsteiner discovered at the AKH the groups of blood types.
On the site of the old AKH, are since removal, the medical institutes of the Campus of the University of Vienna with numerous mental-scientific institutes as well as several catering trade enterprises and smaller enterprises.
The synagogue in the old AKH Vienna was established in 1903 by the architect Max Fleischer as the „praying pavilion“ for patients of Jewish faith. The synagogue was heavily devastated during the Third Reich´s “Kristallnacht” in 1938, and further destroyed when converted after the war, in 1953, into a transformer station. In 2005, the remains of the building was restored to become the Marpe Lanefesch Memorial.
The Narrenturm, the first building world-wide for the accommodation of mental patients, established in 1784 under Emperor Joseph II by Isidore Canevale; it is today the seat of the pathological-anatomical federal museum of Vienna. The building consisted of a five-part fortress-like circular building with slot-like windows for 200 to 250 mental patients. In its strict geometrical form and austerity, the building is considered as a high point of the revolution classicism.
Each cell had strong lattice doors and rings for chaining unrestrained patients. Ten years later, the tower was already completely outdated due to innovations in the therapy for mental patients. From its round form is derived the usual colloquial designation in Vienna, Gugelhupf, meaning lunatic asylums and/or psychiatric hospitals. The notion that the Fool´s Tower is a conversion of the idea of the Panopticon of Jeremy Bentham does not apply, since the cells are not controllable from a central observation post.