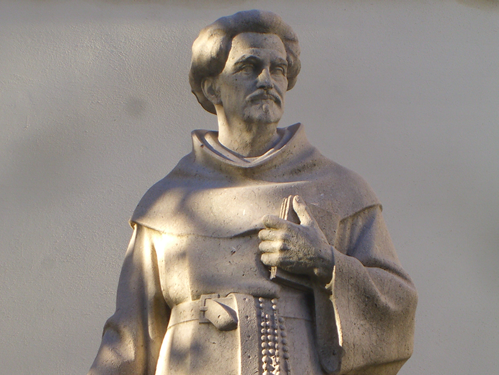 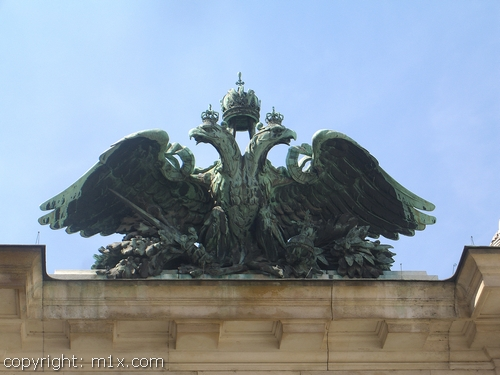 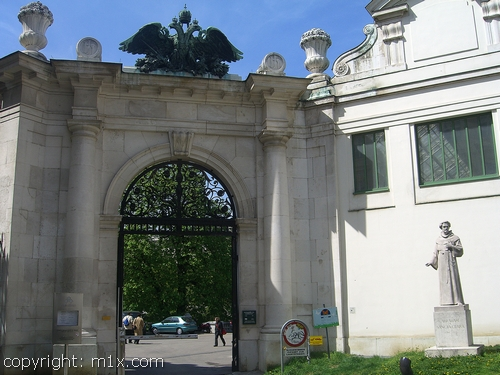 Abraham a Sancta Clara (1644-1709), Austrian divine, his lay name was Johann Ulrich Megerle.
In 1662 he joined the Catholic order of Discalced Augustinians, and assumed the religious name by which he is known. In this order he rose step by step until he became prior provincialis and definitor of his province.
Having early gained a great reputation for pulpit eloquence, he was appointed imperial court preacher at Vienna in 1669.

The people flocked to hear Abraham a Sancta Clara, attracted by the force and homeliness of his language, the grotesqueness of his humour, and the impartial severity with which he lashed the follies of all classes of society and of the court in particular. In general he spoke as a man of the people, the predominating quality of his style being an overflowing and often coarse wit. There are, however, many passages in his sermons in which he rises to loftier thought and uses more dignified language. In his published writings he displayed much the same qualities as in the pulpit. Perhaps the most favorable specimen of his style is his didactic novel entitled Judas der Erzschelm.  His works have been several times reproduced in whole or in part, though with many spurious interpolations: Der alte Hafen scheppert – 1672, Österreichisches Deo Gratias – 1688, Wunderlicher Traum von einem großen Narren-Nest – 1703.