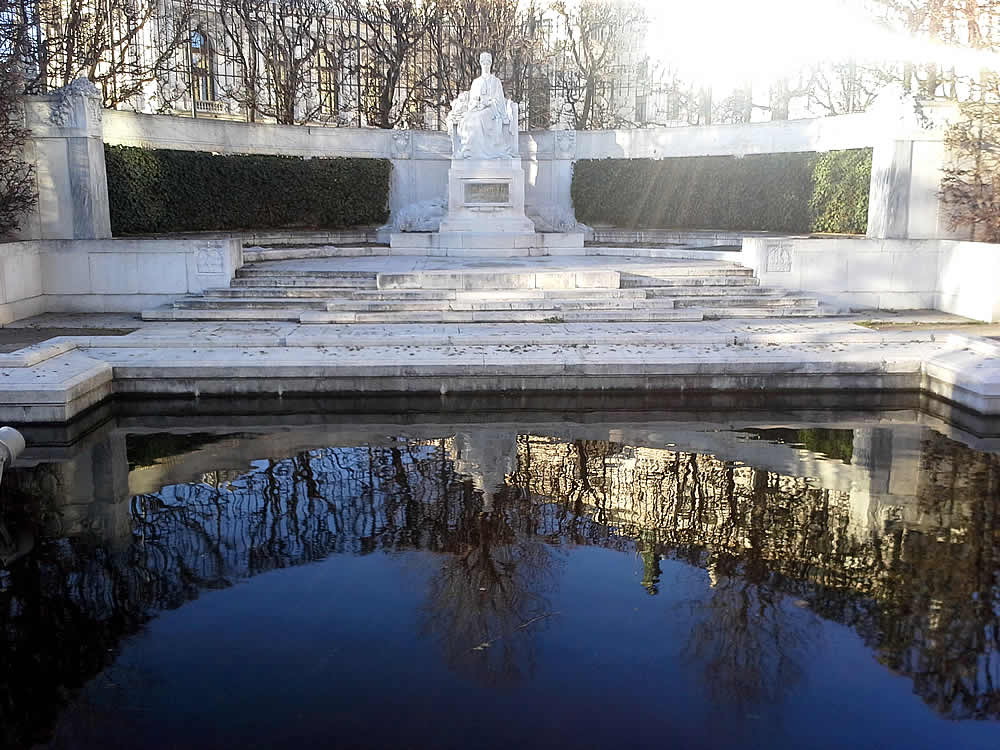 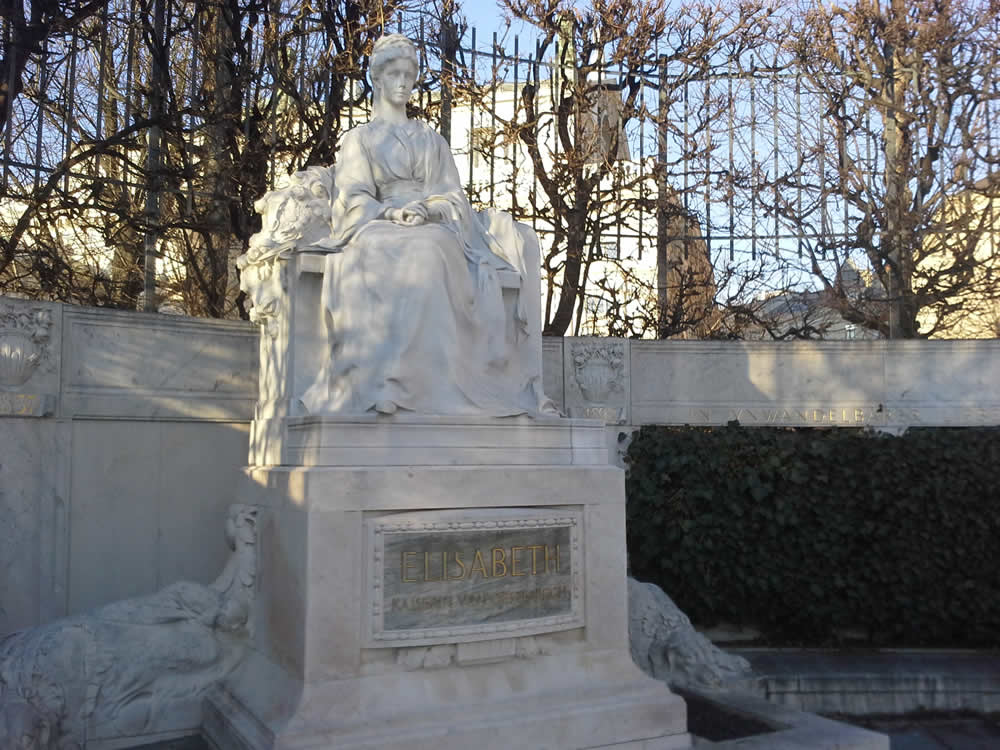 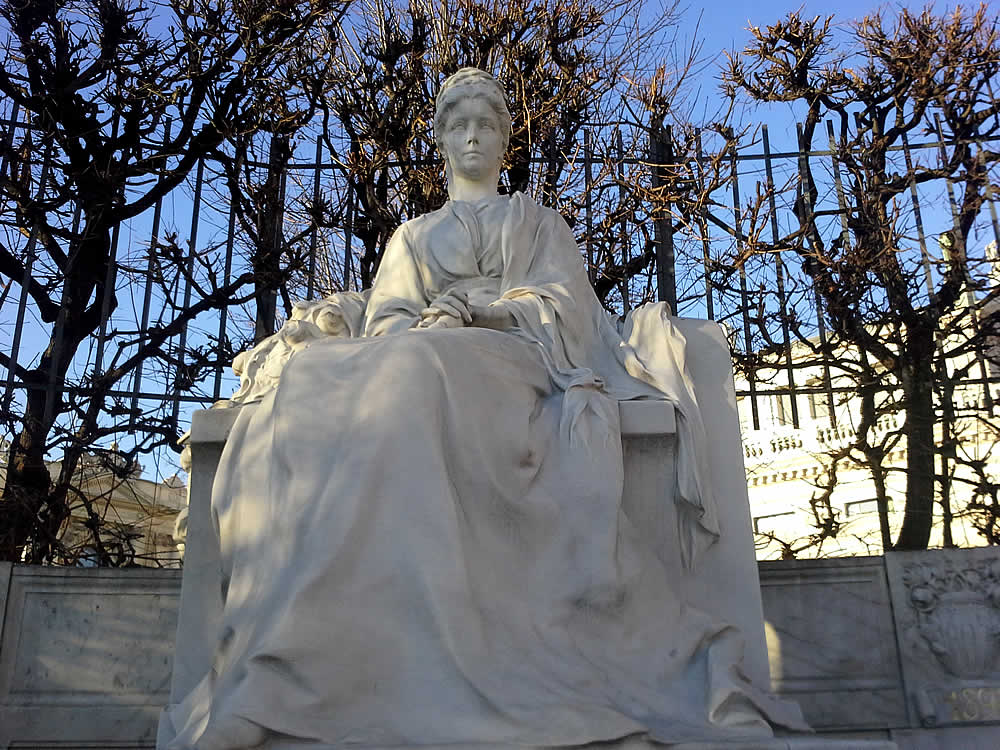 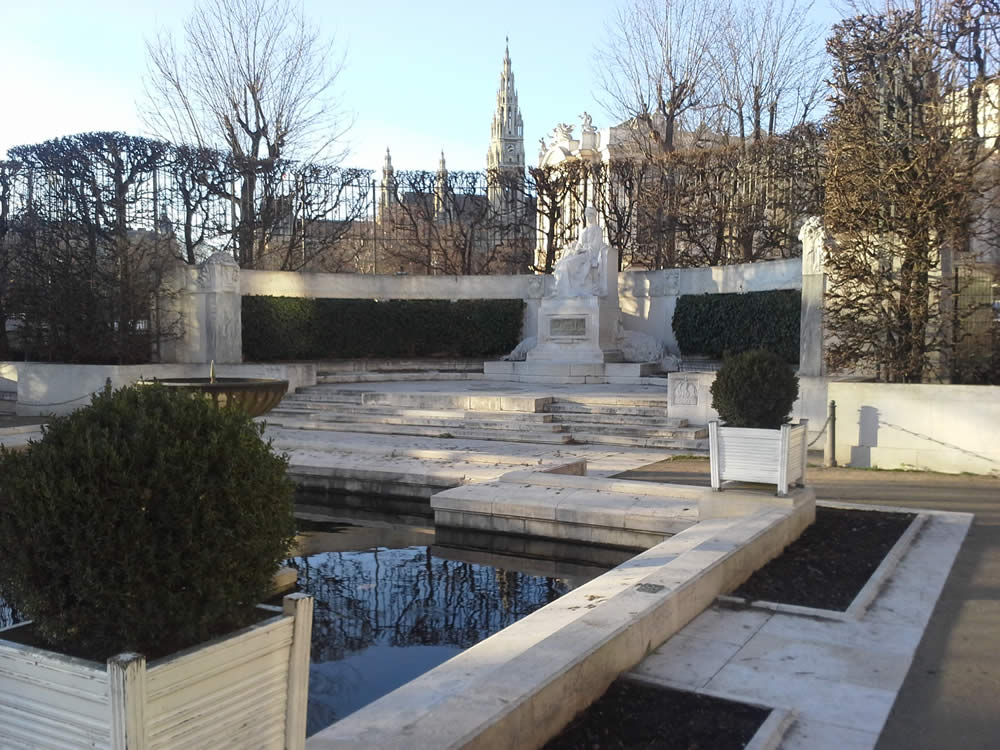 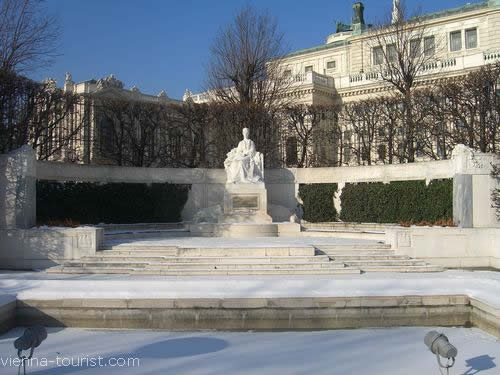 Marble monument of the enthroned Empress Elisabeth (by H. Bitterlich), situated in a garden by F. Ohmann (1907)

Elisabeth, 1837-1898, Empress of Austria and Queen of Hungary, daughter of Duke Max of Bavaria; 1854 married Emperor Franz Joseph I. Elisabeth was never very happy at the court in Vienna; felt great affection for the Hungarian people and promoted the settlement („Ausgleich“) with Hungary in 1866/67. After her son (Crown Prince Rudolf) committed suicide in 1889, she travelled even more extensively than before. Elisabeth was murdered 1898 in Geneva, Switzerland