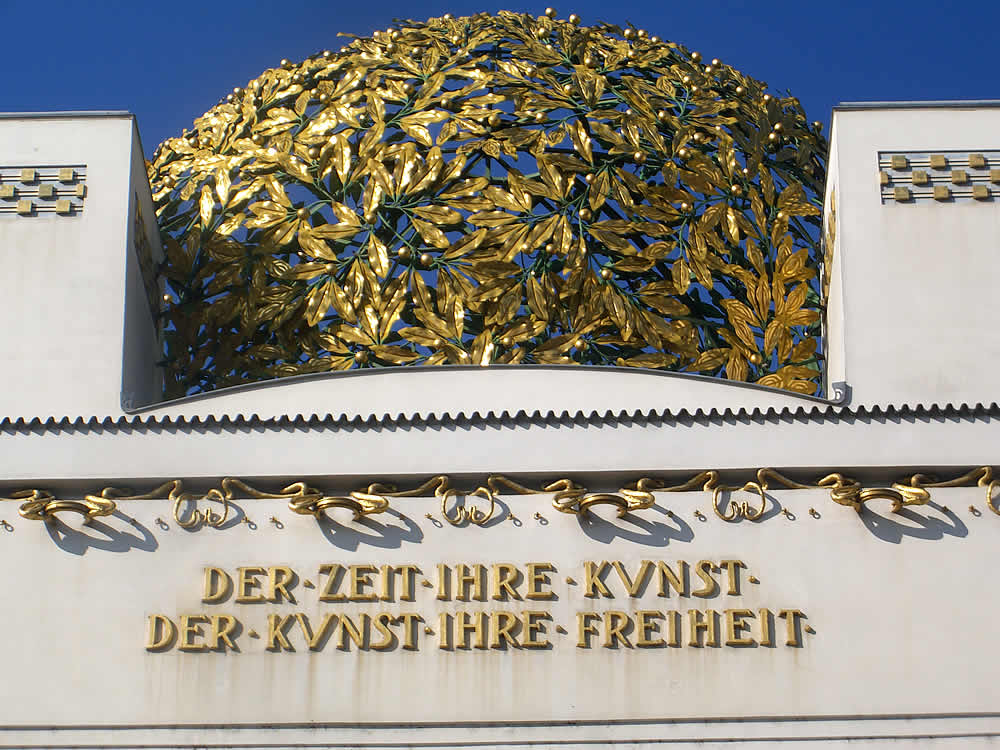 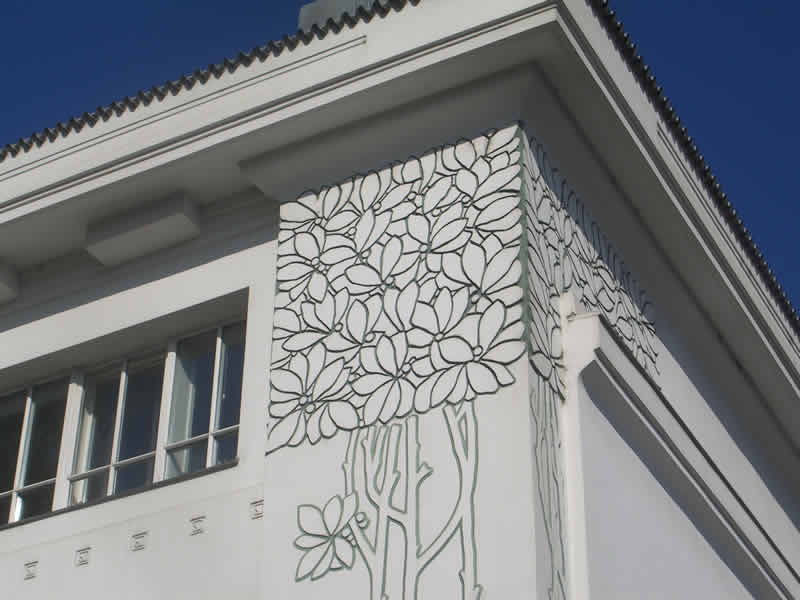 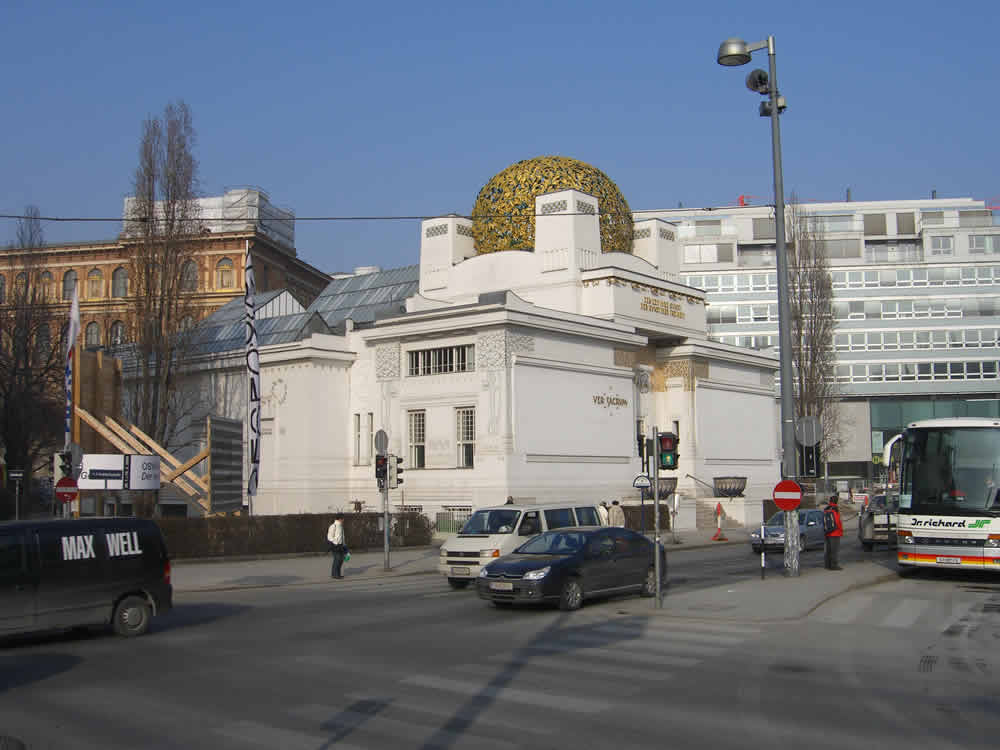 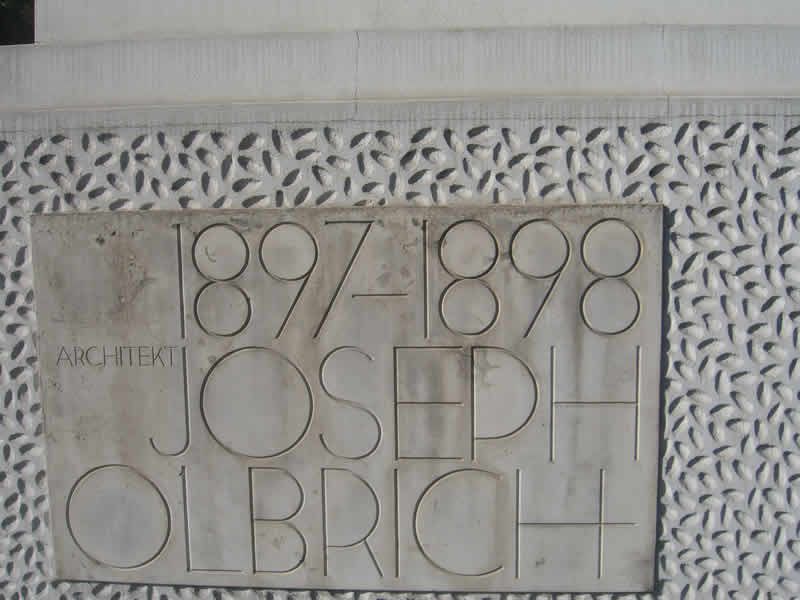 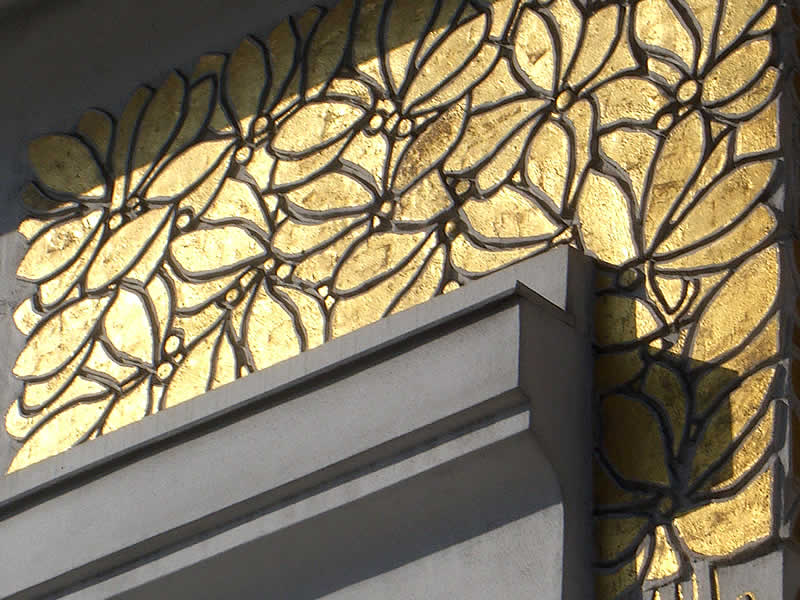 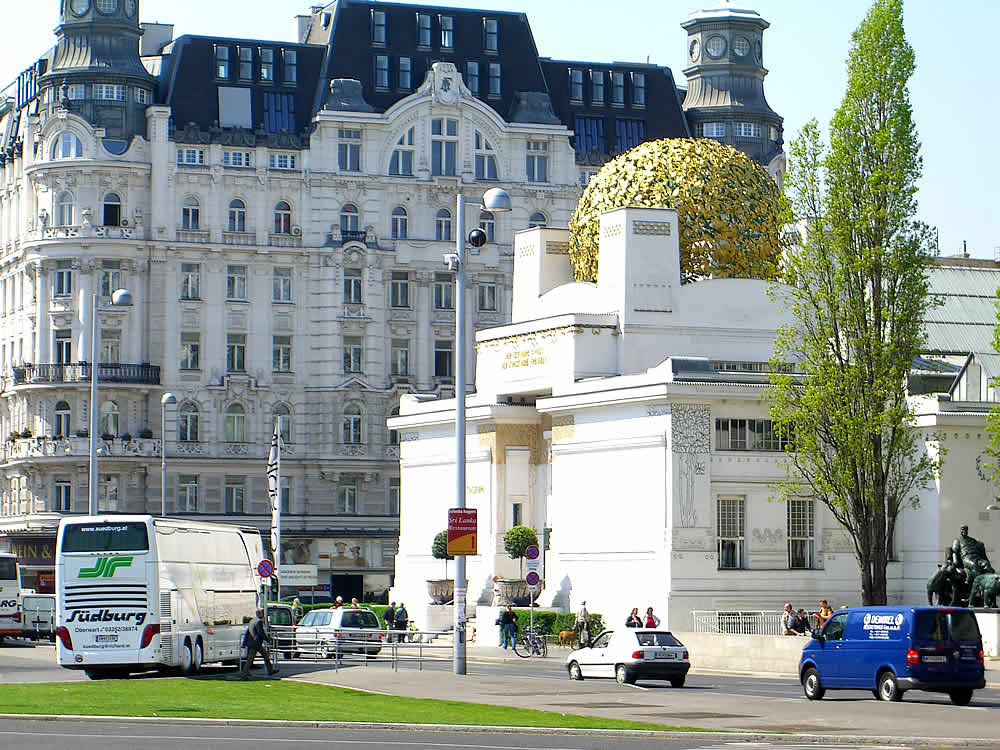 Building by J.M. Olbrich, 1898.
Secession, „Vereinigung bildender Künstler (Association of Visual Artists) Österreichische Secession“, founded in Vienna in 1897 by 19 former members of the Künstlerhaus led by Gustav Klimt.
Like similar contemporary movements in other European cities, the Secession fought against the historicist tendencies represented by the Kunstakademien, against the loss of artistic quality due to a lack of innovation and for the freedom of individual artistic work (Jugendstil). The movement organised its own exhibitions and the association´s official magazine, „Ver Sacrum“ (1898-1903), were meant to attract the attention of a broad international public. French, English and German work had a decisive influence on the art of surface decoration (especially in graphic arts) which was typical of many Secession artists at that time, showing sometimes floral, sometimes geometric ornaments. Forms of expression were also influenced and determined by Impressionism. The aim of making art an integral part of life and living made many artists dedicate themselves to all fields of Industrial Arts (Wiener Werkstätte).
Source:aeiou.at