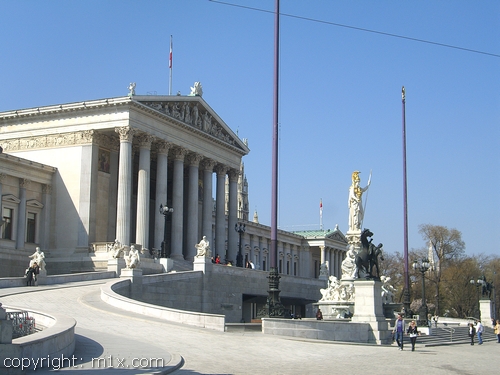 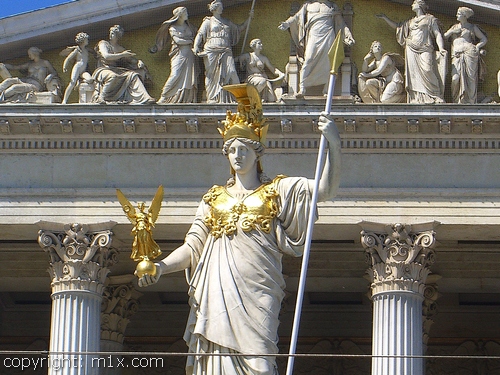 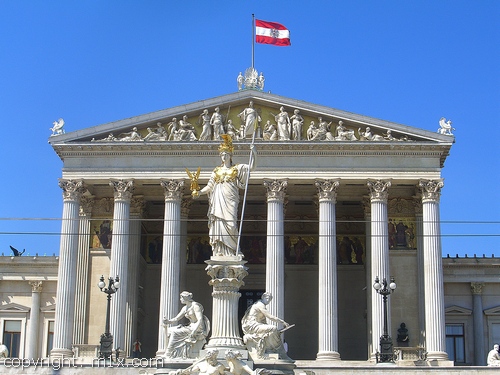 The Hellenic style parliament building is the headquarters of the National Council and Federal Council. Built in 1873-1884 by Theophil von Hansen, it was constructed as the seat of the Imperial Council of the time. In 1918, the first Republic of Austria was declared from the ramp. The Athena Fountain in front of Parliament was added between 1893 and 1902 by Carl Kundmann. The four reposing figures allegorically represent the most important rivers of the monarchy: the Danube, the Inn, the Elbe, and the Moldova. Above them towers the Greek Goddess of Wisdom, Athena..