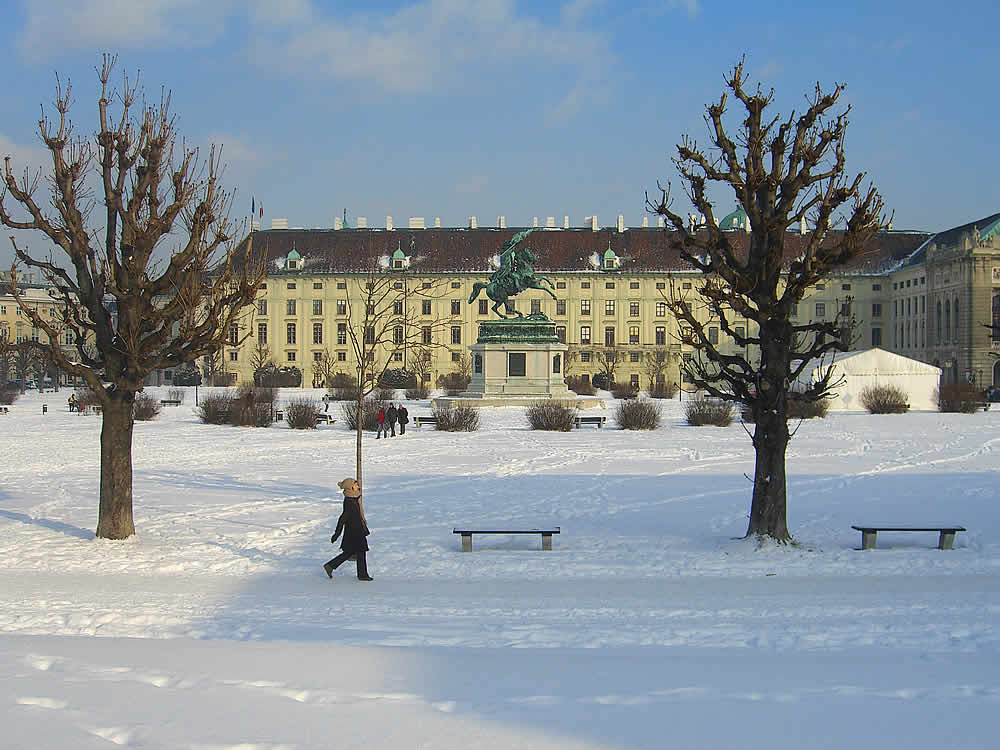 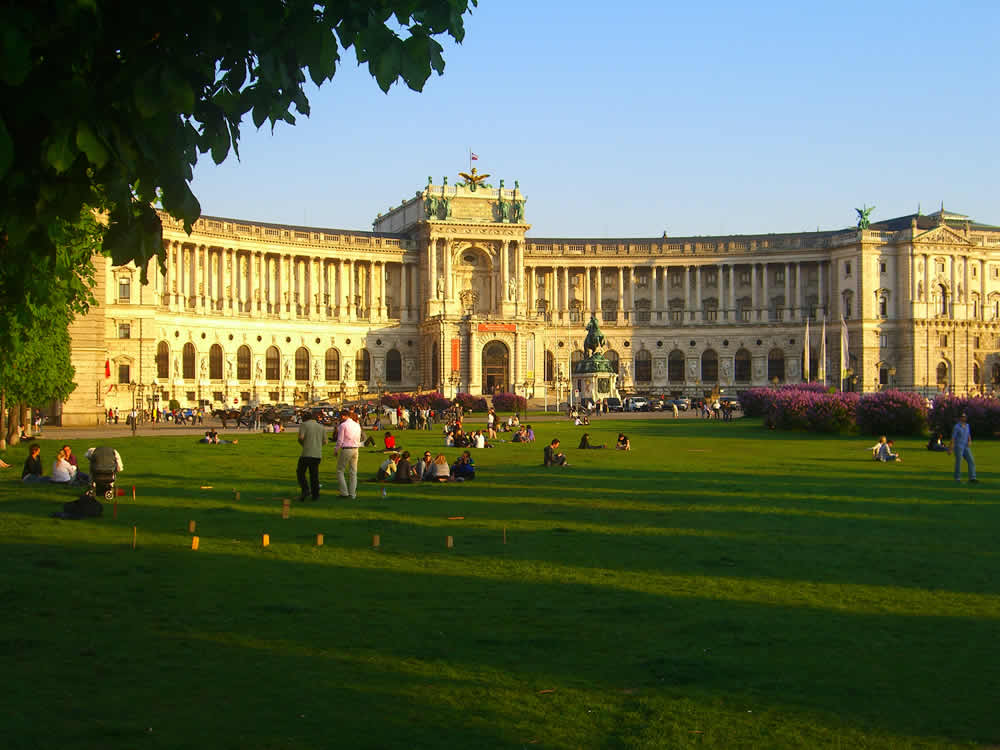 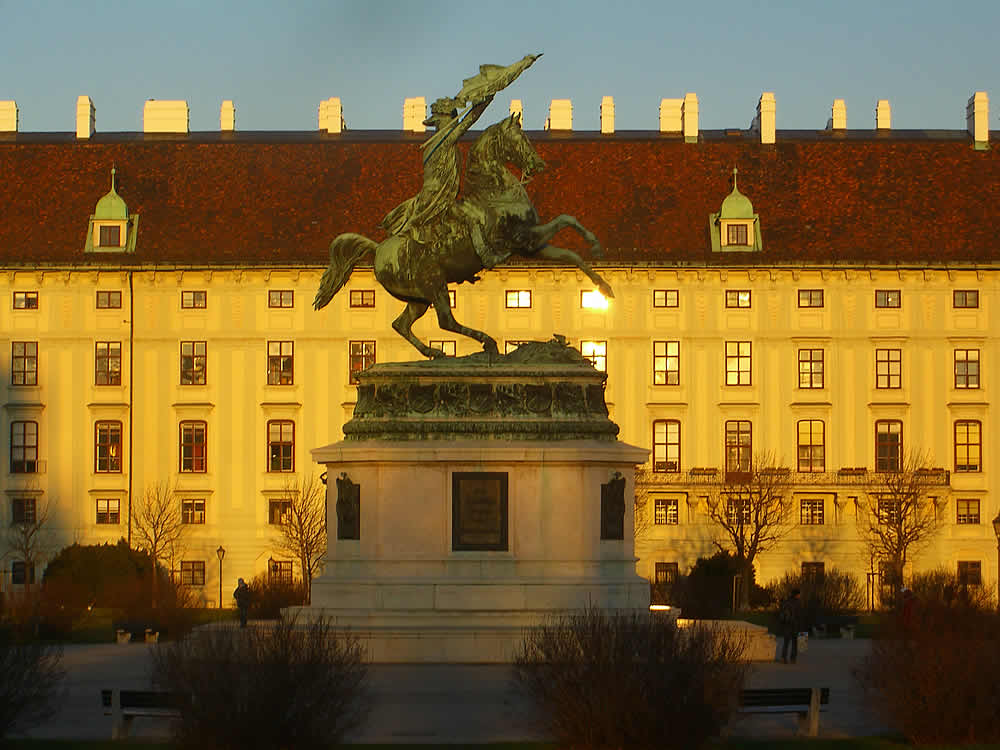 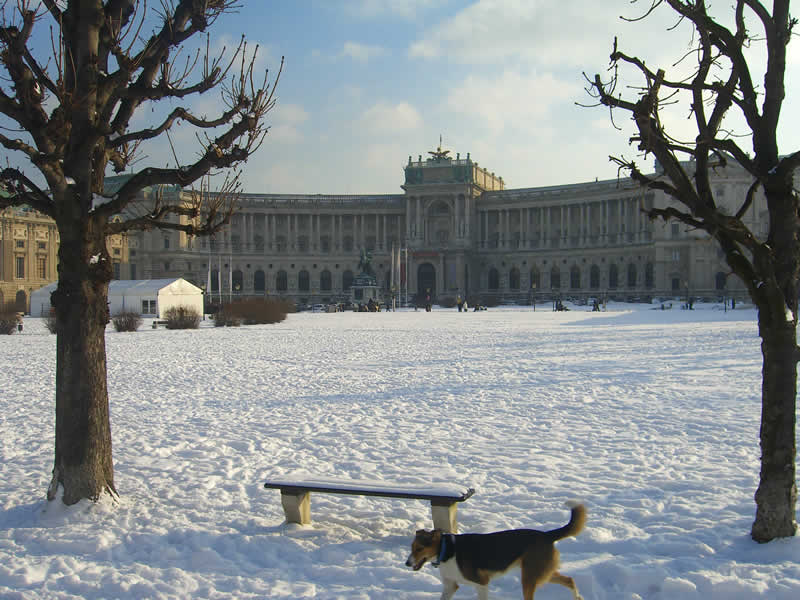 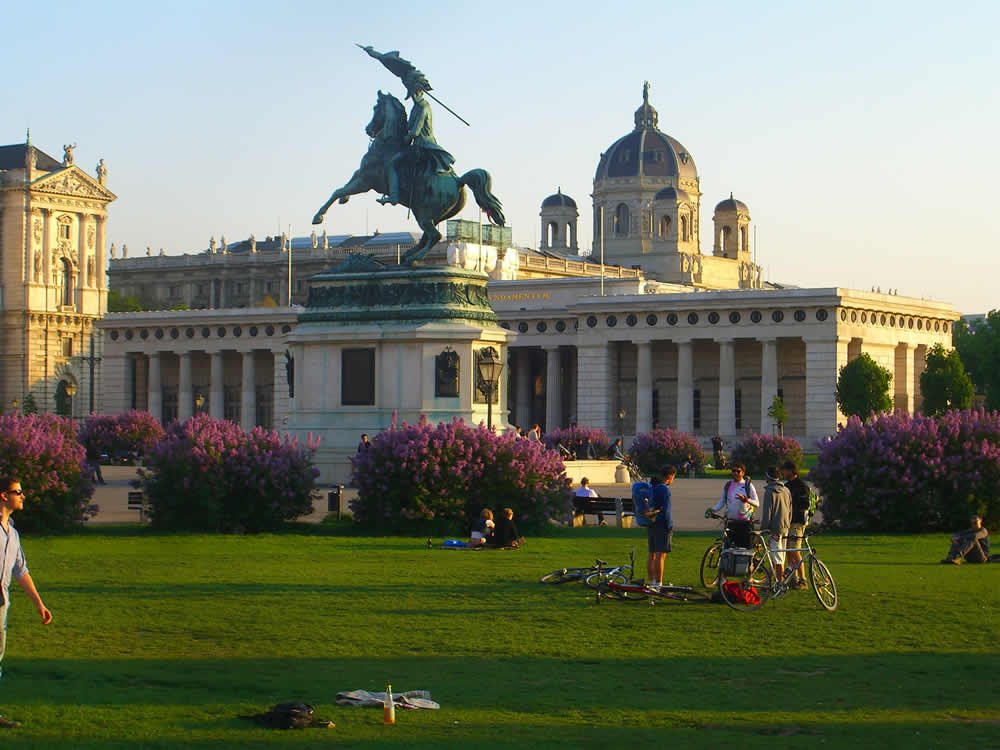 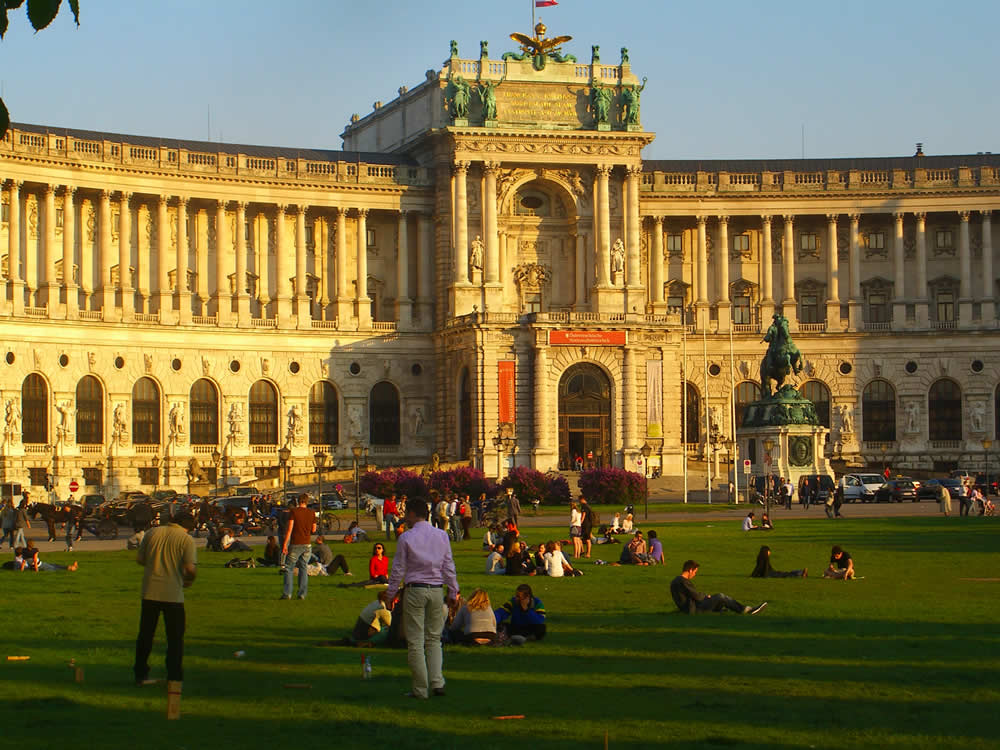 Heldenplatz (Heroes’ Square) lies between Hofburg and Ringstrasse and offers an amazing view of the two great museums, the “Burgtor” (Castle Gate) and other Ringstrasse buildings. The square crosses over into the Volksgarten to the north.
The name originates from the two equestrian memorials, both by Anton Dominik Fernkorn.
The most northern one presents Archduke Karl. He conquered Napoleon at Aspern. The entire statue stands on the two hind legs of the horse. Toward the New Hofburg is the equestrian statue of Prince Eugene (victory in Belgrade against the Turks). The Burgtor recalls the Battle of Nations at Leipzig.

In March 1938, it was from the balcony of the New Hofburg that Adolf Hitler announced Austria’s annexation to the German Third Reich. Hitler had plans to architecturally redesign the square for military parades.

“Heldenplatz” is also the title of a play by Thomas Bernhard. In the piece, the author criticises Austria’s slack handling of its suppressed Nazi past.