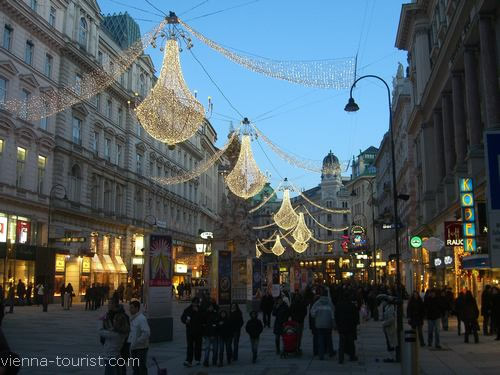 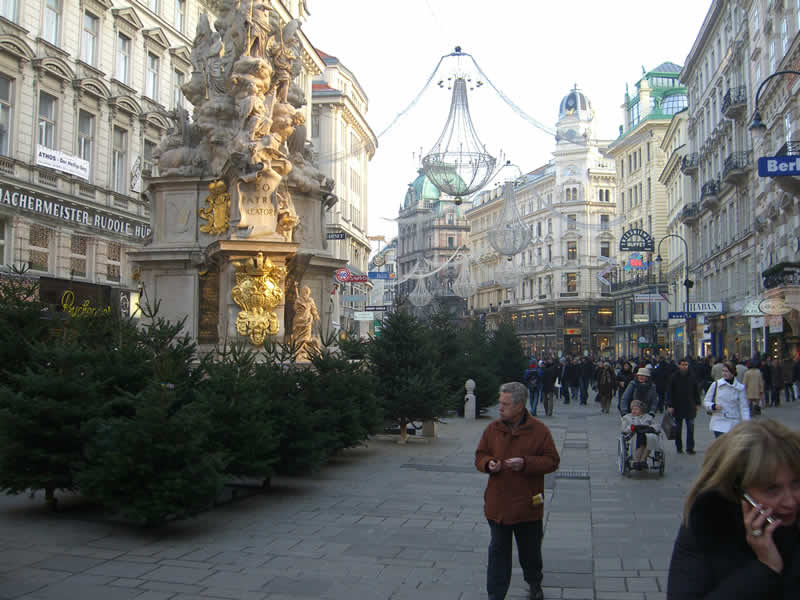 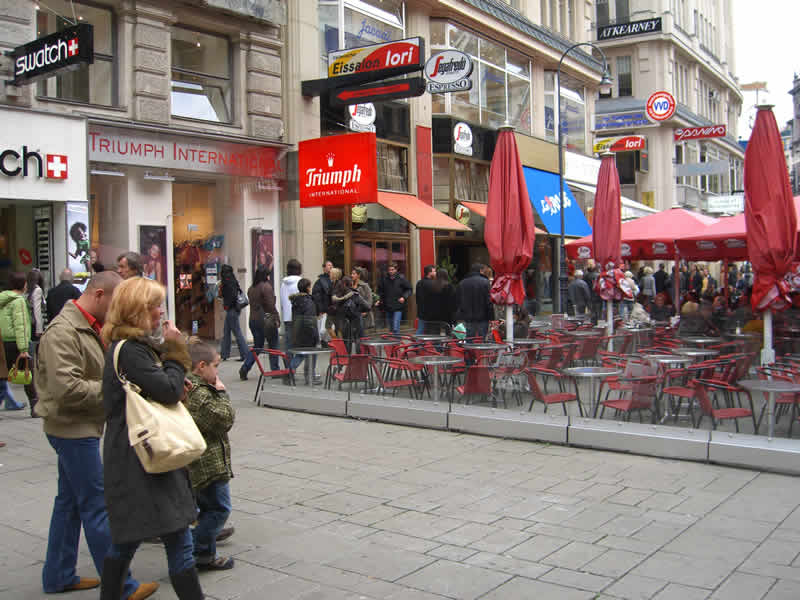 A prestigious boulevard and shopping street. A pedestrian zone since 1974. The Viennese love to be seen here. The Graben runs along the site of the former “Graben” (trenches) in front of the south-westerly embankment of the Roman fortress of Vindobona, and along the medieval castle wall. The town expanded at end of the 12th century under the Babenbergs; this was paid for with a ransom for Richard the Lionheart. In the process, the Graben was filled in and turned into a street.
With its richly decorated house facades, the Graben was the scene of celebrations of homage and parades during the baroque era. 1692 saw the erection of the Pestsäule” (Plague Column), this was followed by Peter’s Church in 1708.