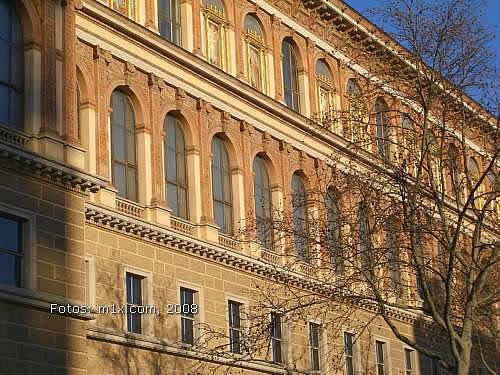 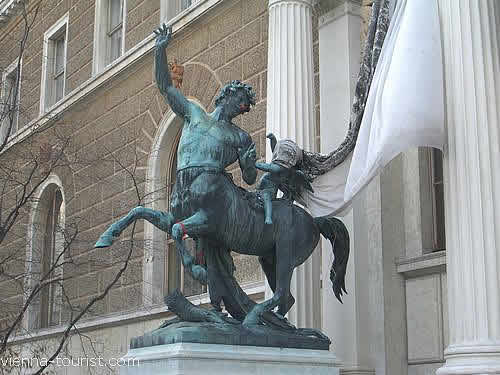 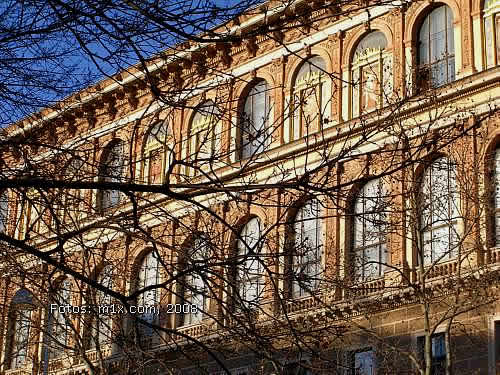 The Academy of Fine Arts Vienna is an institution of higher education. In 1872 Emperor Franz Joseph I approved a statute making the academy the supreme government authority for the arts. A new building was constructed by Theophil Freiherr von Hansen and inaugurated 1877. In 1907 and 1908, a young struggling artist by the name of Adolf Hitler was twice denied admission.

The Academy of Fine Arts Vienna currently has about 900 students faculty includes „stars“ such as Peter Sloterdijk. Its library houses approx. 110,000 volumes and its „etching cabinet“ (Kupferstichkabinett) has about 150,000 drawings and prints.
In the park, you will find the statue of Schiller, Lenau, Brahms and Anastasius Gruen.

Johann Christoph Friedrich von Schiller, 1759-1805, was a German poet, philosopher, historian, and dramatist. He struck a productive, if complicated, friendship with Johann Wolfgang Goethe, with whom he greatly discussed issues concerning aesthetics, encouraging Goethe to finish works he left merely as sketches; this thereby gave way to a period now referred to as Weimar Classicism.